Ace designer and popular Bollywood costume designer, Manish Malhotra called in his 50th birthday with friends from B-Town. He hosted a party at his residence with his friends from Bollywood and modeling industry to ring in his birthday at midnight.

The guest list saw Aishwarya Rai Bachchan along with Hubby Abhishek Bachchan, Karisma Kapoor, Raveena Tandon, Sridevi along with hubby Boney Kapoor and Karan Johar, we all present to celebrate Manish’s birthday with 50 kg chocolate deliciousness that was his cake.

Sridevi, who has been designer’s muse on several occasions took to social networking site and uploaded a picture from the celebrations and captioned it “Happy Birthday to my dearest friend, thank you for always being there for me. You are the real shining star, love you, hope you conquer new heights this year and make us all even prouder than you already have.” 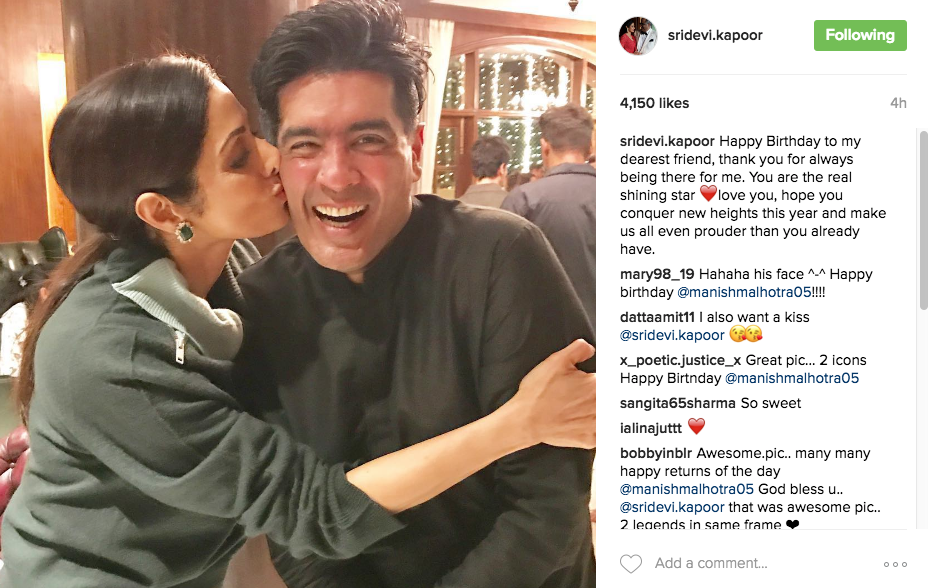 The picture of her with the blushing birthday boy is simply amazing and her heartfelt caption adds to the beauty of their friendship.

Many other attendees also took to social networking sites and shared the pictures from the evening.