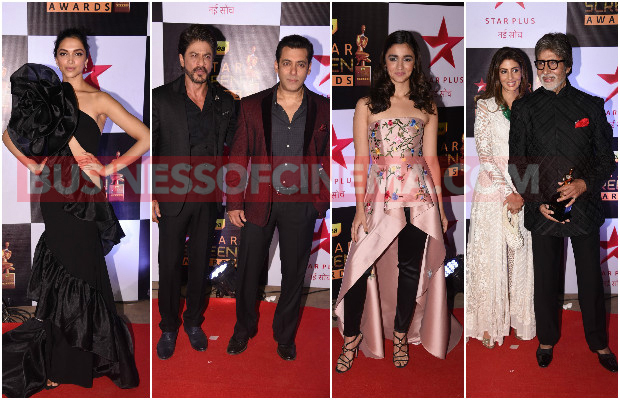 The awards season has finally kick-started and the 23rd Annual Star Screen Awards 2016 took place yesterday in Mumbai in a grandeur way. None other than Salman Khan and Shah Rukh Khan hosted the second half of the awards night while the first half was hosted by Karan Johar and Karan Singh Grover. The highlight of the evening was SRK and Salman Khan coming together on the same stage after a long time to CO-host a segment at the awards night.

Megastar Amitabh Bachchan bagged “Best Actor” award for his film PINK while Alia Bhatt bagged “Best Actress’ awards for her film Udta Punjab. Not just one, Alia bagged another award in the category of “Star Plus Ki Nai Soch Award”.

Here is the complete list of Star Screen Awards 2016 winners:

CLICK NEXT TO SEE AMAZING RED CARPET PHOTOS FROM THE GRAND AWARDS NIGHT!