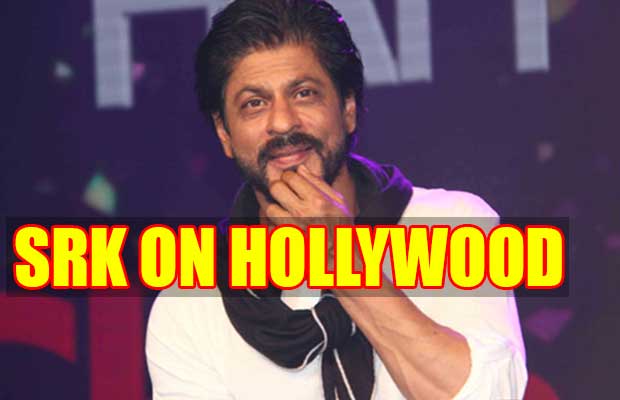 [tps_footer]Shah Rukh Khan is definitely the Badshah of Bollywood and has a huge number of fan following not only in India but in the world overall. Fans just go crazy to see him once and that charm woos his female fans easily. In a recent interview with Hindustan times, Shah Rukh was asked why has he not ever tried acting in Hollywood, to which he said, “I don’t think I’m good enough,” says SRK, adding, “I have not looked elsewhere. I’m a patriotic person. I’ve always wanted to do something great for Indian cinema, but not as an actor; that is not greatness. I wanted to work something out, where Indian cinema would gain from what I’ve done, like VFX, etc.”

Shah Rukh who is 50 years old says that he is shy from nature and feels awkward when he meets new people. Hence this has stopped him to explore the opportunities beyond Bollywood. He also mentioned, “I’m very shy. Even the people I work with on films have to be my friends. I get very awkward around new people,” says Shah Rukh, adding, “I get impressed by those [actors] who go out and speak in a different language, on a set in another country, and do well. That’s fantastic. But I get scared.”

Shah Rukh really applauds actors who have established a successful career in Hollywood and Bollywood as well. But then he said, “I don’t want to belittle any actor who’s worked in the US. I think they are all fantastic. You expose a lot of your inner fears when you go to an alien land, and achieve something. Whether it is a big or a small role,” says Shah Rukh, adding that if he ever does an international film, he would make sure that he doesn’t let his fans down. “In a strange, self-important and self-obsessed way, I feel that I represent India. If I work in an international film, then it has to have some kind of importance, not only for me but also for the country that has made me the star that I am,” he says.

Well for this we Love you Shah Rukh Khan.[/tps_footer]