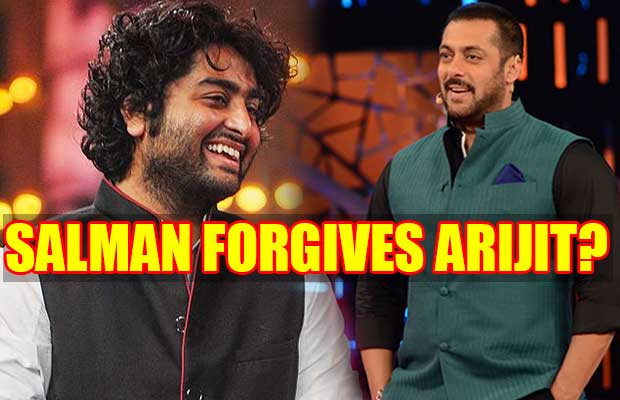 [tps_footer]By now we all are aware of Bollywood actor Salman Khan and singer Arijit Singh’s tiff that has left everyone talking about. The tiff between the two happened three years back in 2014 and it’s quite shocking to know that their fight is still on. Arijit Singh also asserted in his open letter to retain his song in Sultan. Well, it seems Arijit Singh’s public apology to Salman Khan has paid off finally.

According to reports, Salman has forgiven Arijit and his song from the film will apparently stay. Reports suggest that after the singer pleaded badly, the makers have decided to retain the song in ‘Sultan’. Reportedly, it’s not confirmed if Salman will agree to lip-sync Arijit’s song but the song will not be dropped from the film.

The incident happened in 2014 when Arijit Singh had come on the stage to receive an award while Salman was the host of the awards event. Salman Khan and Riteish Deshmukh had invited Arijit Singh to the stage to offer him an award for his song Tum Hi Ho. Salman jokingly said Arijit if he has slept? To which Arijit replied saying, ” “Aap logon ne toh sula diya…(you guys put me to sleep)”, which had left Salman furious.[/tps_footer]