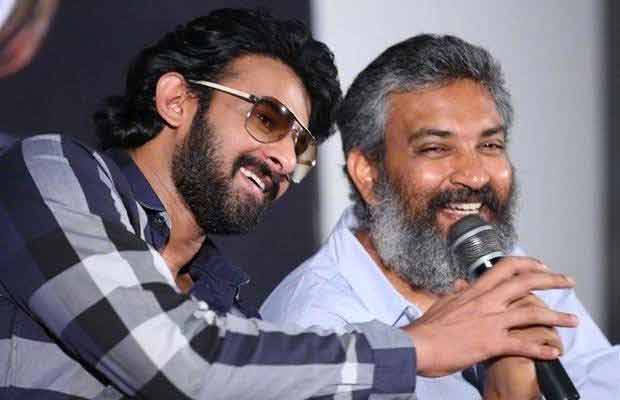 Owing to the 5 years of hard work by Prabhas, director SS Rajamouli has gifted him the iconic armor.

SS Rajamouli has been of the opinion that Baahubali has reached the heights due to the undivided dedication by Prabhas, the director believes no other actor could have shown the level of commitment to the film, the way Prabhas did. Speaking of the same Rajamouli was quoted saying earlier, “Show me one actor who can spend more than three years on a character he believes in. Prabhas and I became very close after we worked together for the first time in Chatrapathi, and we used to spend a lot of time together. Thank you Prabhas for being my friend,” he said, adding, “I can’t think of anyone else for Bahubali but Prabhas.”

Speaking about Prabhas’ sheer dedication in the project, he said, “When I decided to make the film on such a grand scale, I knew the kind of commitment was needed for this canvas. Even before I discussed the story with Prabhas, he was already in it.”

Both Prabhas and SS Rajamouli share a warm bond of friendship, which was formed over the years.

Prabhas had spent nearly 600 days filming for the Baahubali franchise, with the actor refraining from signing any other film over the tenure of 5 years while shooting for the magnum opus project.

The southern Superstar also went above and beyond to play a double role for the film and underwent drastic weight transformation. Prabhas bulked up to 105kgs from his original body weight of 82 kgs to play the part of Amrendra Baahubali and touched 88 kgs to bring Shivudu alike on celluloid.

Prabhas also sustained his Baahubali look over the years and maintained his long locks to further deliver Rajamouli with continuity during the filming of the two-part franchise.

Touched with Prabhas’ investment in the film and delivering a powerful performance as Baahubali, SS Rajamouli has gifted Prabhas the iconic Baahubali armour to mark the hard work the actor has put in over the years.