Set to hit the screens in the next month, RSVP’S upcoming film ‘Mard Ko Dard Nahi Hota’ captivates the interest of the audience with a stinging poster promising to leave a mark.

The quirky film marks the debut of Abhimanyu Dassani along with Radhika Madan who stepped her feet in Bollywood last year.

Quirky and intriguing, the poster features Abhimanyu as Surya depicting the painless tail of his quest. Covered with bees, Abhimanyu is seen effortlessly sipping on water. 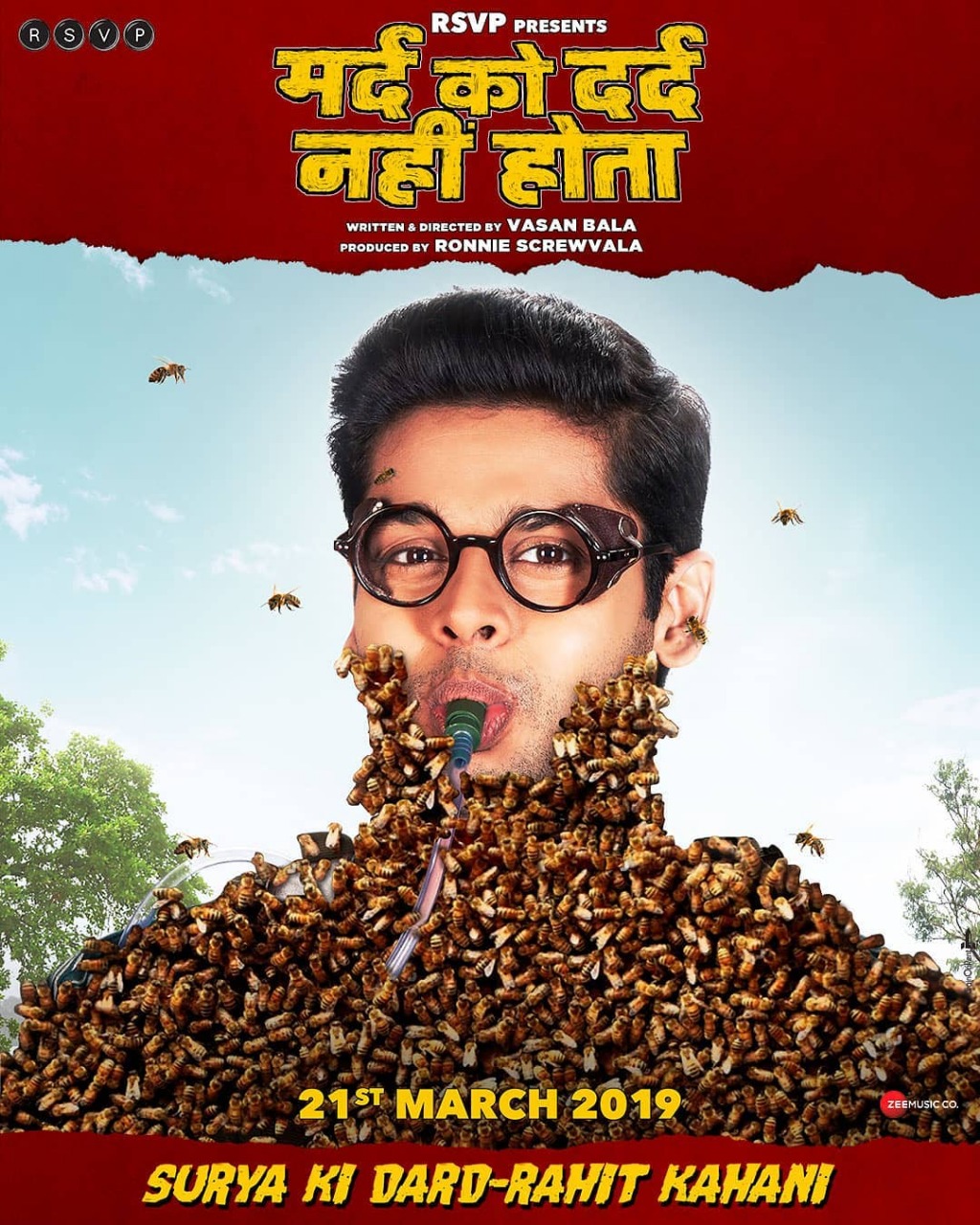 Even before its release in India, Mard Ko Dard Nahi Hota has been creating a global impression with the title ‘The Man Who Feels No Pain’. Revolving around a man with congenital insensitivity to pain, the film won the Midnight Madness Award at TIFF, emerging as the Desi Deadpool.

Abhimanyu Dassani and Radhika Madan will be seen packing a punch with unconventional martial arts in the gripping action sequences of the film.