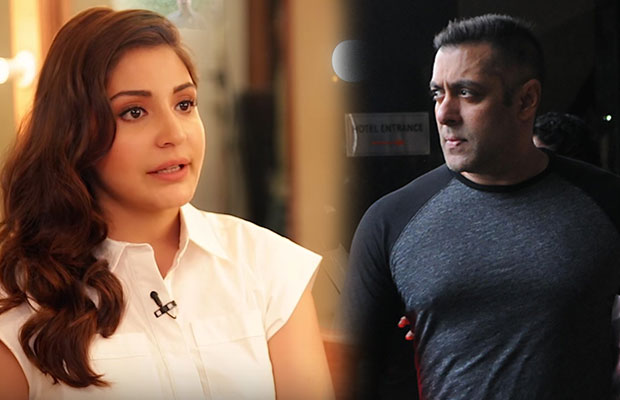 [tps_footer]Salman Khan and Anushka Sharma starrer Sultan is breaking all the records at the Box Office since its release with over Rs. 250 crore collections. It’s time for the entire team of Sultan to celebrate the success of the film at the Box Office. Well, we think this might happen soon but Salman and Anushka wouldn’t be present together. Yes, Anushka Sharma’s recent comment on Salman’s raped woman controversy can create a tiff between the two co-stars.

On Anupama Chopra‘s show, Anushka was asked about the whole controversy and the actress didn’t hesitate to share her piece of mind without knowing its later consequences. Anushka had said, “Obviously, we all understand that it was rather insensitive. But now, when I look at it today, when everything is happening, there are so many debates that went on air, I feel yes, it was insensitive and something that I was a bit surprised by.”

Don’t you think that Salman Khan would not accept this comment of Anushka Sharma? Being his co-star, Anushka Sharma is the only better person to know after director Alia Abbas Zafar, about the intense training and the physical transformation Salman has gone through.

Salman received criticism from all ends when he compared his training for the film ‘Sultan’ with a raped woman. Some even opined that he has been misquoted for what he has said. Nothing mattered to Salman and chose to stay mum over this but we don’t think Salman would be quiet on Anushka Sharma’s comment over the controversy.

Will this would be a new rise of a fight between the two stars in B-town? Time will tell better![/tps_footer]