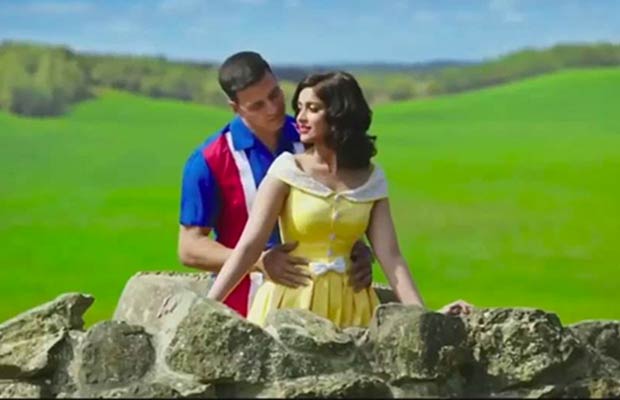 [tps_footer]Akshay Kumar and Ileana D’Cruz will surely make for a wonderful on screen pair. The two mind blowing actors will flaunt their chemistry in the film ‘Rustom’. The movie is based on the sensational Nanavati case. ‘Rustom’ is gaining all the positive reviews for its intriguing trailer. Additionally, Akshay’s character of a naval officer is promising to no ends.

After setting a high benchmark in the genres of comedy and action, the actor is now impressing everyone with his serious side. After the romantic track Tere Sang Yaara and the suspense filled track Rustom Vahi, the new song from the film Tay Hai has released. The Khiladi of the tinsel town is drenched in his romantic mode in this song.

The song is a soulful one with mind blowing lyrics. The two-minute long track depicts the strong bond between the characters of Ileana and Akshay. Further, it also showcases the adorable moments they both share. The song has an emotional tone and it will surely tickle your heartbeats. With scenic locations and mesmerizing stints, Akshay is pouring his heart out to his lady love.

The song also sees the two stars engrossed in their love filled life. Tay Hai is crooned by Ankit Tiwari and the amazing lyrics are penned down by Manoj Muntashir.