[tps_footer]Couple of months back Salman Khan had revealed the first look of his next big film ‘Sultan‘ and now the actor has unveiled another intense look. After revealing the clean shaven look few hours ago, Dabangg Khan shared another look from his movie.

In his new look, Salman Khan is seen sporting clean-shaven look with some bruises and mud smeared around. After seeing him in moustache look since months, it seems Salman’s this wrestler look will surely be loved by the fans. The ‘Being Human’ star shared this look on his twitter handle and soon took social media by storm. 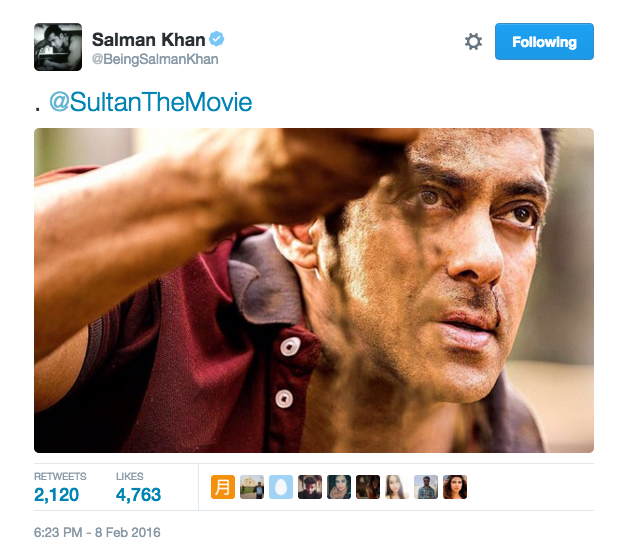 Few hours before, the makers of the film had already shared clean-shaven look on Sultan’s official twitter handle. The Official handle of Sultan tweeted, “Sultan’s new look without the moustache will bring Valentine’s Day early this year! #OnTheSets #SultanEid2016” 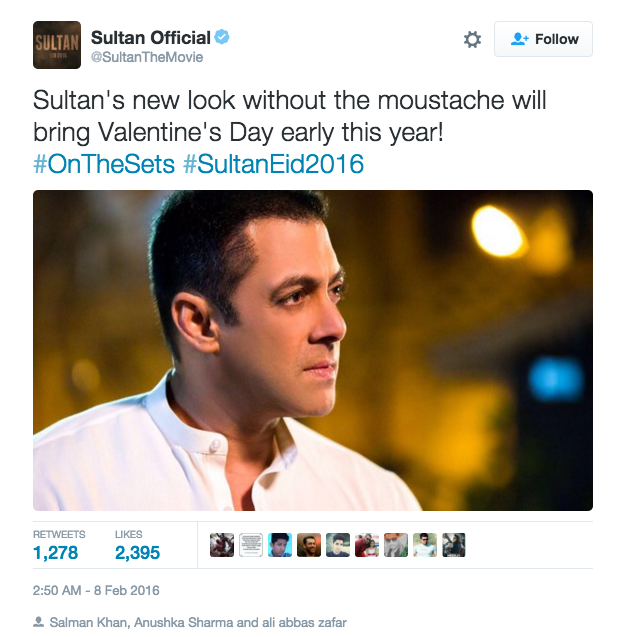 The above clean-shaven look reminds us of Salman Khan’s one of the looks from his last film ‘Prem Ratan Dhan Payo‘. Don’t you think?

Directed by Ali Abbas Zafar and presented by Yash Raj Films, Sultan is based on wrestling. It already gives the audience an idea that this is not an ordinary wrestling film. Salman Khan, who will be playing the role of a wrestler in ‘Sultan‘, has been training hard for the role. Salman who plays the role of a Haryanvi wrestler has undergone through intense training for the film with daily 4-hour training session with international action director Larnell Stovall. Sultan is slated to release this year on Eid.[/tps_footer]