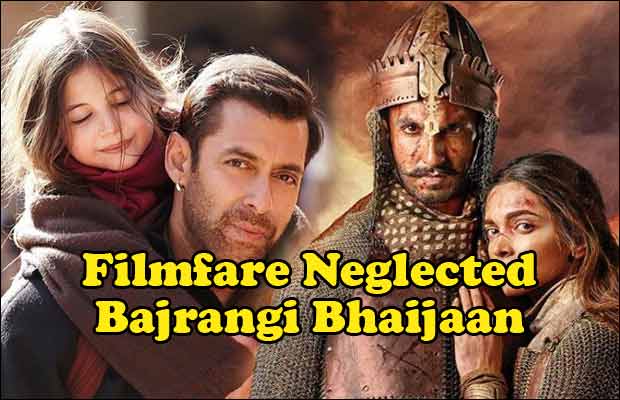 [tps_footer]As we all know Salman Khan’s record breaker and blockbuster hit film Bajrangi Bhaijaan had taken the Box Office by storm. Despite of being all time record breaker film at the Box Office and after getting impressive critics review, the film received only one award at the 61st Filmfare Awards.

Undoubtedly, Salman Khan’s Bajrangi Bhaijaan is touted as one of his best films ever and moreover anything the film received immense love and strong review for the film. Despite of that, the film received only one award in the ‘best story’ category. The film was written by Baahubali writer Vijayendra Prasad.

If not ‘Bajrangi Bhaijaan’, then who bagged away so many awards? Well, Ranveer Singh– Deepika Padukone starrer ‘Bajirao Mastani’ bagged away maximum awards and the second to follow them was Amitabh Bachchan and Deepika starrer ‘Piku’.

Did Ranveer Singh and Deepika’s Bajirao Mastani steal all the thunder at the Filmfare awards? Well, nobody can decide better than audiences, so here we bring some of the tweets by fans who think Salman Khan’s Bajrangi Bhaijaan deserved more awards! 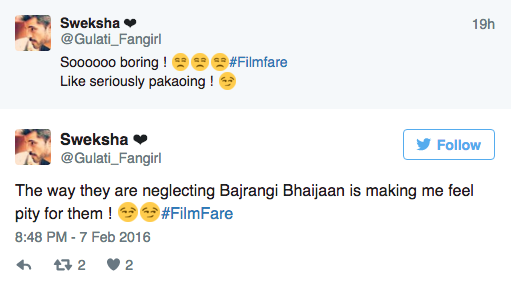