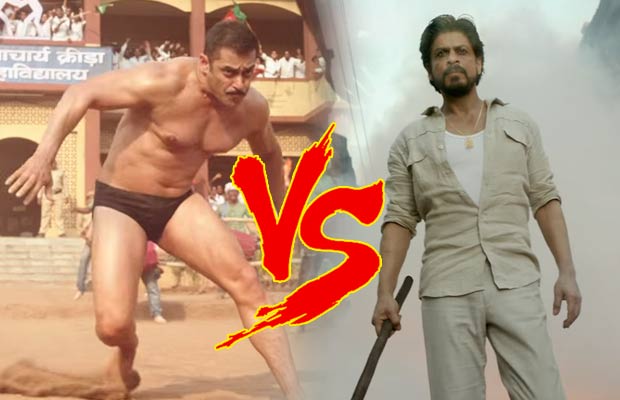 [tps_footer]From critics to fans, each and everyone is anxious about the mega clash between Shah Rukh Khan‘s ‘Raees‘ and Salman Khan‘s ‘Sultan‘ but there is a buzz since a while that the clash might be avoided. Recently, during the promotions of Fan, SRK had hinted that he might back off in order to avoid the clash and the now grapevine is abuzz that that superstar is planning to shift his film ‘Raees‘ release date to 2017.

Well, things might just take a dramatic turn for Shah Rukh Khan and Raees team as Khan has hinted he may back off. Reportedly, SRK is planning to postpone the release date of his film to 2017 and wants to fix January 26 for the release but well, there is another clash with the same. Hrithik Roshan’s home production film ‘Kaabil‘ is also releasing on January 26.

Well, seems Shah Rukh Khan is surely in a great trouble and might do his best to avoid the clash of his much-awaited film ‘Raees‘ with another film. While Salman Khan’s film is scheduled to release on Eid like always, however, the official confirmation on SRK’s ‘Raees‘ is still awaited. Also, both the films are releasing under YRF banner with different directors, avoiding clash would be the best option it seems.

Meanwhile, the teaser of both the films are out with a huge response and have been highly appreciated. Raees tells the story of a bootlegger, whose business is thwarted by a policeman. SRK will be seen in the role of an alleged gangster who ran the illicit liquor business in Gujarat.

On the other hand, Salman Khan will be seen in a never seen avatar as Haryanvi wrestler in the film. Sultan is being directed by Ali Abbas Zafar, which also stars Anushka Sharma as the lead actress.[/tps_footer]