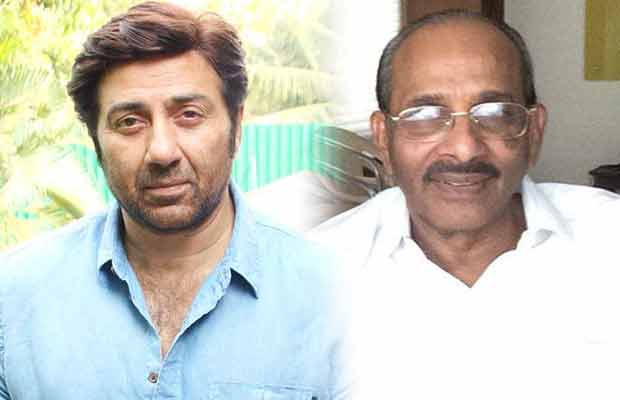 SS Rajamouli’s father KV Vijendra Prasad has already made his mark in Bollywood with three biggies – Bajrangi Bhaijaan, Baahubali – The Beginning and Baahubali – The Conclusion, all of which received immense love and recognition from the audiences. When you are acknowledged for the success of such blockbusters, any actor or filmmaker would love to work with you. But doesn’t look like that’s what happened with the celebrated writer.

Talking to mid-day, KV Vijendra revealed that the project has now been shelved and the reason for this is the unavailability of the actor – Sunny Deol. KV Vijendra opened up saying Sunny wants to concentrate on his son Karan’s debut for now.

Earlier, it was rumoured that the film will be led by SS Rajamouli himself but it was suppressed later by his team that he will be busy with Baahubali 2: The Conclusion.

On the other hand, Sunny Deol is busy with his son Karan’s debut film Pal Pal Dil Ke Paas, being shot in Manali by Sunny Deol himself.

The movie will be Sunny Deol’s third directorial venture after 1999’s Dillagi and 2016’s Ghayal Once Again.

As for KV Vijendra Prasad, he is currently basking in the success of Baahubali 2: The Conclusion. The film has become the biggest blockbuster of Indian cinema in just a week of its release, beating records of Baahubali: The Beginning, PK and Dangal. The writer is also busy scripting Goldie Behl’s new show, Aarambh.