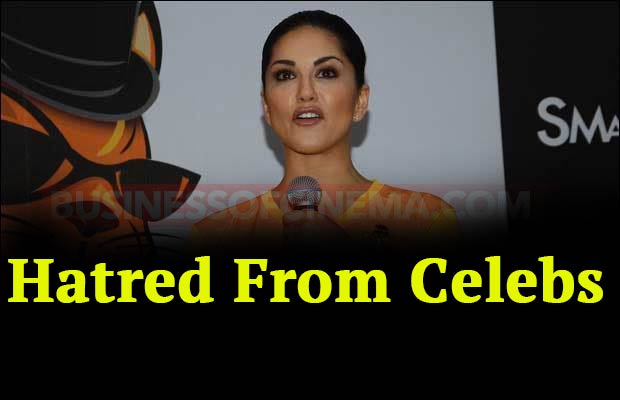 [tps_footer]Former adult star turned Bollywood actress Sunny Leone is undoubtedly riding high on success and why wouldn’t she be after working with none other than Shah Rukh Khan recently. Though she is loved by many fans and stars from the industry, somewhere her past keeps haunting the actress.

Recently, during an interview for her film One Night Stand, Sunny Leone expressed that how unwanted and isolated she felt during her initials days in Bollywood. In an interview to TOI, the actress also revealed on discrimination and the things she faced when she attended awards shows initially.

Sunny said, “I am still not clear if I fit in Bollywood even today. I see these people on TV, on red carpets, award shows and I find them so cool. And I look at myself and feel I am not so cool. When I entered the film industry here, I did feel isolated. One of the award shows I went to, no one wanted to go on stage with me. It was such a weird feeling, someone hates you that much.. or someone dislikes you that much. I don’t believe that is because of me as a person, I think it is just my name”

A month ago, Sunny Leone‘s interview with a TV journalist had gone viral after he asked some questions on her past continuously. Reminding the actress about her past, the journalist had also asked Sunny that does she thinks if Aamir Khan would ever work with her. However, many stars from the industry stood for the actress and applauded her for the bravery and dignity she showed throughout the interview.[/tps_footer]