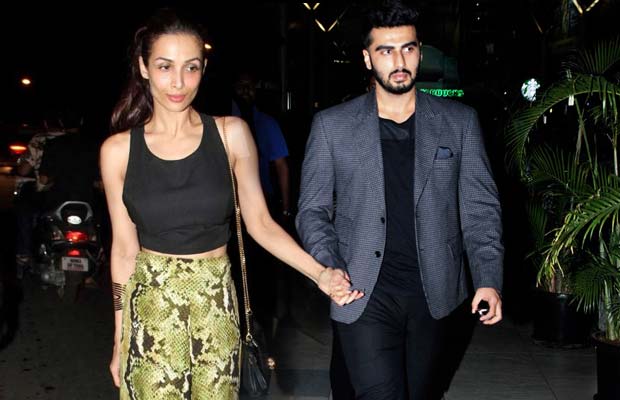 [tps_footer]What’s going on exactly ? We thought problems are sorted between Arbaaz Khan-Malaika Arora Khan and they will be living happily with each other as the entire Khan Khaandan came together to reunite this super hot couple from facing a failed marriage. It was disturbing for all to know that Malaika wants to separate from Arbaaz Khan who constantly tried to convince Malaika to continue with their marriage and not file for divorce. It was said that Arbaaz and his family has issues with Malaika’s bold way of living life, partying late and her work life. It’s also said that Arjun Kapoor’s closeness with Malaika Arora Khan has led to doubts in the mind of Arbaaz and also brought a distance between the couple.

A lot of times Ishaqzaade Arjun Kapoor’s name was linked up with Malaika Arora Khan although Salman Khan’s sister Arpita Sharma was the first girlfriend of Arjun Kapoor and unfortunately it didn’t work out. Now, Arpita is happily married to Aayush Sharma and they are blessed with a baby boy Ahil Sharma. But, Arjun Kapoor is still single and he is looking for his Miss. Right, and recently it’s reported that Arjun visited Malaika Arora Khan’s house in Khar where she is living only with her son Arhaan.

Arjun Kapoor didn’t want anyone to take his picture and when he got to know there are a lot of photographers waiting outside Malaika’s house to take his pictures. He immediately gave a call to police and cops were there within a few minutes to politely ask the media, photographer to leave the place. Fortunately, there were no fights and no chaos but it didn’t take too long for this news to spread.

Usually, the ones who are doing something wrong are afraid of facing people and coming out in open. We wonder what made Arjun take this step if he only had plans to meet Malaika Arora Khan?