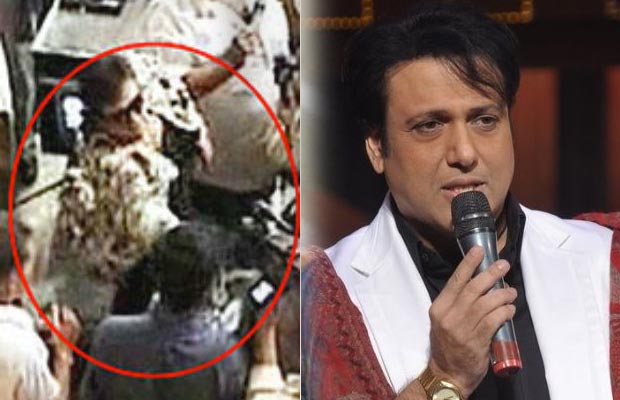 [tps_footer]Our Bollywood celebs are aware of the fan frenzy. Many stars have been in limelight for indirectly misbehaving with their fans, one such incident has happened with Govinda too. Way back in the year 2008, Govinda got entangled in a controversy when he slapped a fan.

The exact advances of the incident are not known, but the bench has watched the video clip which sees actor Govinda and his behavior. The mishap happened in 2008 and since then the decision is out now. The Supreme Court on Monday ordered Govinda that he must apologize to the fan he slapped. The bench also suggested that Govinda shouldn’t have reacted in this manner at a public place.

The person whom Govinda had slapped is identified as Govind Rai, after the incident a criminal case was filed against the actor for the behavior. The bench headed by Justice T S Thakur reportedly saw the footage wherein Govinda was seen slapping the fan. After watching the footage the bench reached at a decision that the hilarious star will have to apologize to the fan.

The bench further added that Govinda is a public figure and should not have taken resort to such activity. For the incident, the Court has now suggested for an out of court settlement as the issue is prolonged.

Now whether Govinda abides by the suggestion and says Sorry to the fan or no is yet to be seen. The happy go lucky star was much in limelight for his war with director David Dhawan, apparently the entertaining star Govinda was also miffed with his once upon a time buddy Salman Khan.

After the controversies this new incident has yet again brought the comic actor in the forefront of the fans.[/tps_footer]