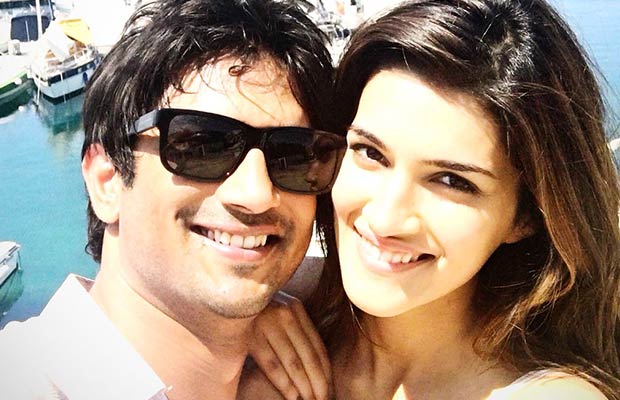 [tps_footer]Sushant Singh Rajput and Kriti Sanon have paired up for the film ‘Raabta’. The two good looking actors have carved a huge fan following for themselves. Sushant and Kriti have undoubtedly bonded too well on the sets of ‘Raabta’. The two stars will be seen engrossed in each other in the film. Seems like, the two celebs are enjoying each other’s company to the fullest.

Sushant and Kriti Sanon are currently in Budapest. The two actors have raised quite a many eyebrows because of their realistic chemistry. Rumors also stated that the two are apparently seeing each other. Moreover, Sushant Singh Rajput’s break up with girlfriend Ankita Lokhande gave further fire to the speculations.

Ignoring all the gossip mongers, the mind blowing actors are on a selfie clicking spree. After the completion of the Budapest schedule Kriti and Sushant posed for an adorable selfie. The Kai Po Che actor posted the picture on the photo sharing app Instagram captioning it, “It’s a wrap..!!!” 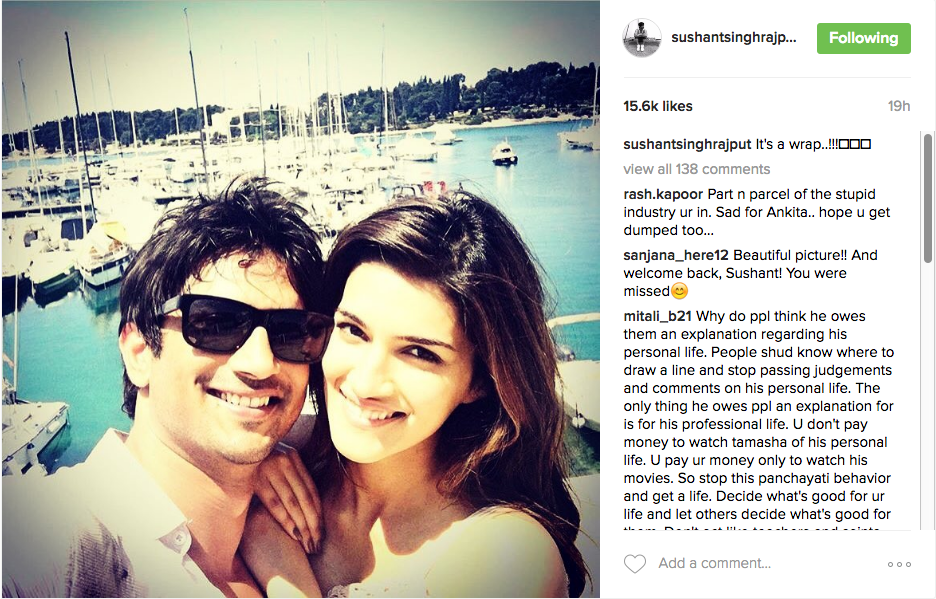 The film ‘Raabta’ is riding high on the minds of the audience also because of its changing of cast. Actress Alia Bhatt was earlier considered for the film but the pretty starlet did not have dates. Moreover, speculations state  that Deepika Padukone might do an item number for the film.

Directed by Dinesh Vijan, ‘Raabta’ is scheduled to release on February 10th, 2017. The film is expected to be a romantic one with scenic locations! We can hardly wait.[/tps_footer]