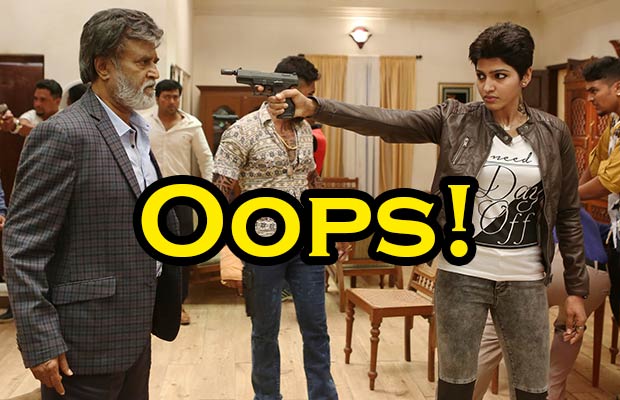 [tps_footer] Rajinikanth is all set to impress his massive fan base with his upcoming film ‘Kabali’. The superstar who has millions of followers all over the world is looking forward to break a new record with this film. ‘Kabali’ is one of most anticipated films of the year but the movie has recently met with a bad fate.  The highly awaited movie which will release in over 5000 screens worldwide is the victim of leaks.

Yes! The Rajinikanth starrer film ahead of its audio launch has faced this hassle. A few glimpses from the songs of the film and a promo have been leaked on the internet. The leaked images and audio glimpses have made their way to the social networking sites and also messaging apps.

It is being said that Think Music who has acquired the rights of the audio has been trying to delete all the pirated songs and glimpses. Music director of the film Santhosh Narayanan took to the micro blogging site Twitter and expressed, “Entire albums of the biggest artists have leaked before.It won’t change the love we have for our favourites.#keepcalmandlovekabali :).” 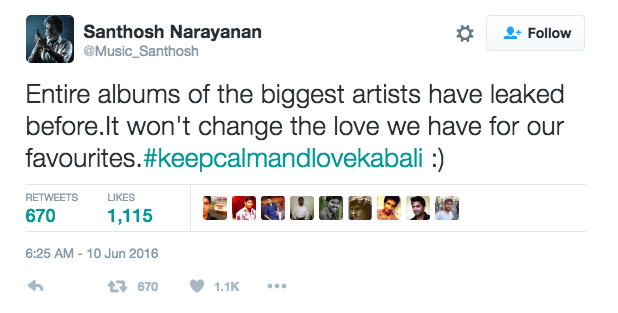 The leaked images and the glimpses are surely a setback before the launch. On the other hand, ‘Kabali’ has set a record for itself even before its release. The film has already raked in 200 crores thanks to the distributors who are fighting for its rights.

‘Kabali’ directed by Pa Ranjith stars actress Radhika Apte opposite Rajinikanth. The film will revolve around the story of a don.[/tps_footer]