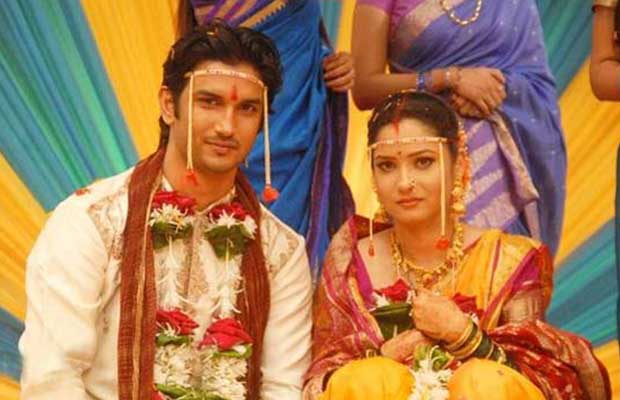 The mind blowing actor Sushant Singh Rajput raced fast on the success ladder with a successful break in the tinsel town. The Kai Po Che star made a massive place in the Bollywood industry with his promising acting skills in the film. It can be said that Sushant and Ankita Lokhande have never shied away from confessing their relationship in front of the media. The two talented stars have always been frank of their serious relationship status and their feelings towards each other.

Loads of speculations have been making rounds for Sushant Singh Rajput’s marriage plans. The actor who is currently busy with the film ‘M.S. Dhoni- The Untold Story’ has finally disclosed his marriage plans with girlfriend Ankita Lokhande.

Sushant and Ankita have been in a relationship since 6 years now, and rumors of their marriage have been there since a long time. Finally Sushant has confessed when he will get hitched to Ankita.

Recently at the Filmfare Awards Pre Party, Sushant Singh Rajput was asked about his marriage plans and the actor confessed, “Ankita and I are getting married in December 2016.”

Without any doubt the actor was confident in his announcement that he will get hitched to lady love Ankita this year in the month of December. This confession has finally broken down all the other floating rumors.

Sushant Singh Rajput is training hard for his upcoming biopic ‘M.S. Dhoni- The Untold Story’. The film will be based on the life of cricketer Mahendra Singh Dhoni.[/tps_footer]