Bollywood actor Sushant Singh Rajput hit a huge boundary with his latest release M.S. Dhoni: the Untold Story. The actor has become a sensation with this one film and he is riding high on the success of the film. The film has easily minted over 100 crore and still counting at the box office and it is the highest earning biopic till now. With getting such a commercial success, this biopic also got a critical acclaim. Sushant Singh Rajput’s terrific performance as M.S. Dhoni has left everyone spellbound but there is one person who has criticized Sushant Singh Rajput.

Actor and theatre artist Rajat Kapoor took a potshot at Sushant Singh Rajput. The conversation began on Twitter when Rajat Kapoor tweeted, “Dhoni looks so much better than the actor who plays him.. #fact”. Sushant who’s one of the most humble actors responded to the tweet very politely. The Kai Po Che! actor remained quiet until the film turned out to be a storm at the box office. Sushant responded to the tweet after a fortnight. He replied, “I Slogged a bit extra on my skills to compensate. If you get interested in that,pls do watch the film sir:) #fact”. Sushant surely gave an apt reply and sarcastically hinted Rajat to watch the films if he is interested in that.

The comment made by Kapoor did not go well with Sushant Singh Rajput’s fans. Here are few tweets where Rajat Kapoor had to face a lot of heat post his opinion. 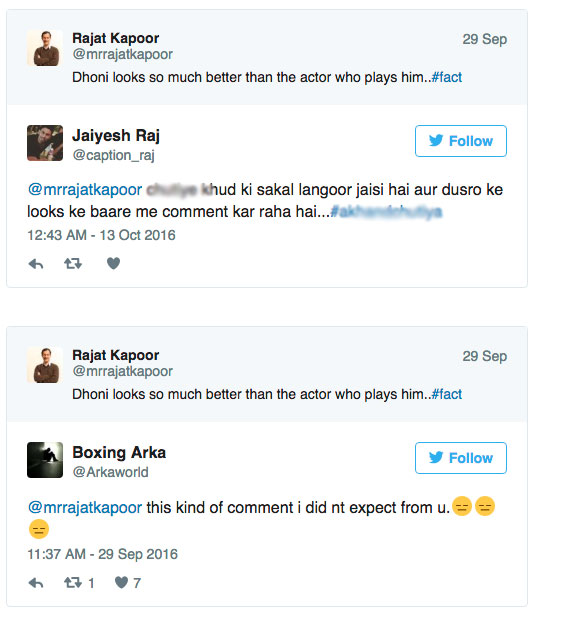 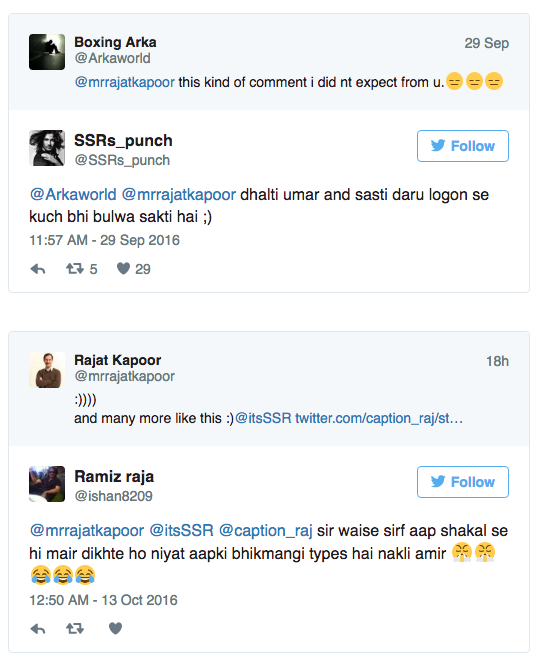 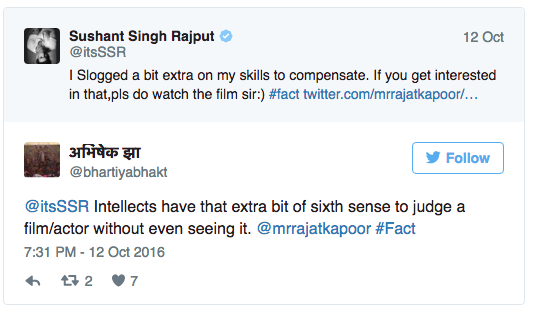 However, the conversation between the two ended on a good note where both the actors appreciated the performances of each other.

This is what Rajat Kapoor said to Sushant Singh Rajput for his performance in the film: 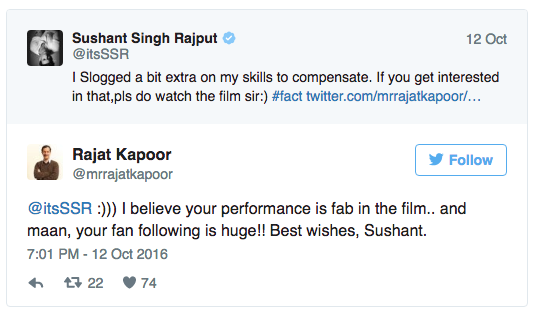 Sushant then responded to it in his best way: