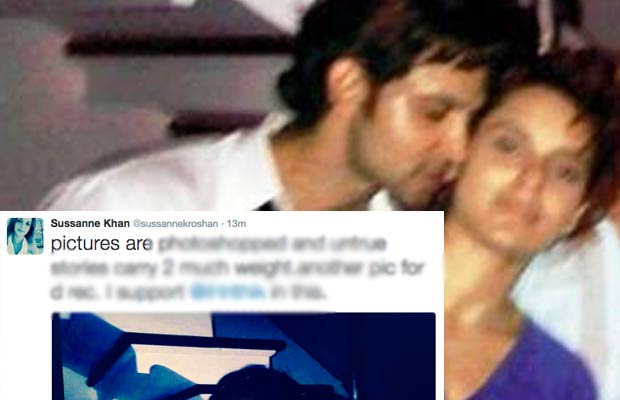 [tps_footer]Bollywood actress Kangana Ranaut had many ups and downs in life and one of many was her secret relationship with Hrithik Roshan, which has become a talk of the town now. It’s been almost months and their legal fights are going murkier with each passing day. Of late, we also came through a cozy picture of Hrithik hugging Kangana at a party and surprisingly that picture surfaced on social media like crazy. But little did anyone know that the leaked picture was photoshopped from a party that took place in December 2010.

Also, not many know that in the same party Hrithik‘s ex-wife Sussanne was also there with a whole lot of common friends. All of them were hugging each other and making a jovial group picture. A group picture has been zoomed on to give an impression that Kangana was in a personal relationship with Hrithik.

While we are surprised to know about this new desperate strategy all this just for the sake of proving that she had “something” to do with Hrithik Roshan, actor’s ex-wife Sussanne Khan took to her twitter handle to reveal on the same leaked picture and also wrote that she stands with Hrithik in this matter.

She tweeted an adorable picture of her with Hrithik from the same party and captioned it as, “pictures are photoshopped and untrue stories carry 2 much weight.another pic for d rec. I support @iHrithik in this.” 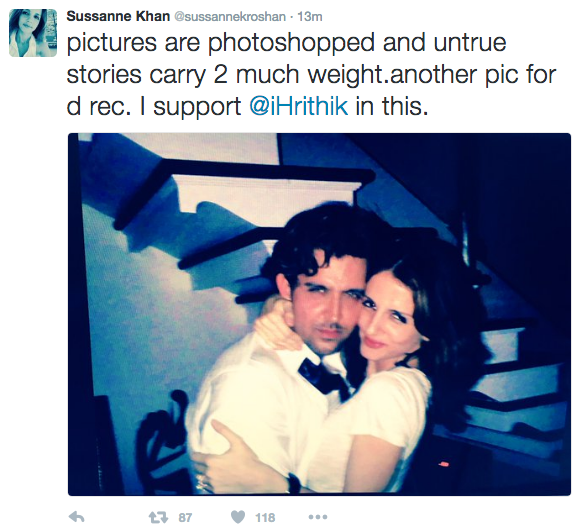