Paresh Rawal has expressed his views on twitter to which other public figures like Swara Bhaskar and Abhijeet Bhattacharya have something to say about.

On April 09, a man was tied to the bonnet of Army Jeep as a human shield. His act avoided his troops from being attacked by stone pelters. Major Gogoi has been awarded a medal of commendation for his act. Many Majors have argued that they would not be able to think of such an idea. However, this is also termed as an Anti –Human Rights Acts.

“Instead of tying stone pelter on the army jeep tie Arundhati Roy!”

Swara Bhaskar has replied to Paresh Rawal’s comment on Arundhati Roy by saying,

“Wow!!!!!!! A Parliamentarian has the shamelessness to openly threaten a woman and call for a brutal act of violence on Twitter. Disgusting!”

Wow!!!!!!! A Parliamentarian has the shamelessness to openly threaten a woman and call for a brutal act of violence on Twitter. Disgusting! https://t.co/X7ulMA65CS

Ashoke Pandit came out in support of by saying,’

“Support Paresh Rawal’s statement because it is a real expression and emotion. Arundhati Roy has always been anti-national; she has been supporting the terrorists in Kashmir. She is not the only one to be blamed; there are many more, who deserve to be tied to a jeep and be treated the same. So, with heart and soul, I support Paresh Rawal”.

Swara Bhaskar reacted yet another time when Paresh Rawal mentioned a second time that there are multiple options of people who could be tied to a jeep because they are anti-national. Swara Bhaskar mentioned that the comments are shamefully violent and that it is sad that people with such thoughts are in the Parliament. 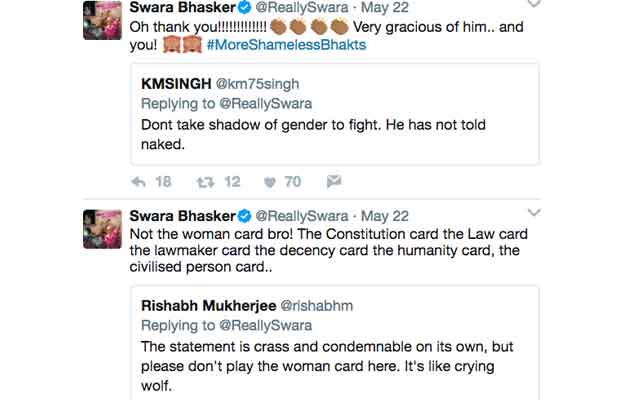 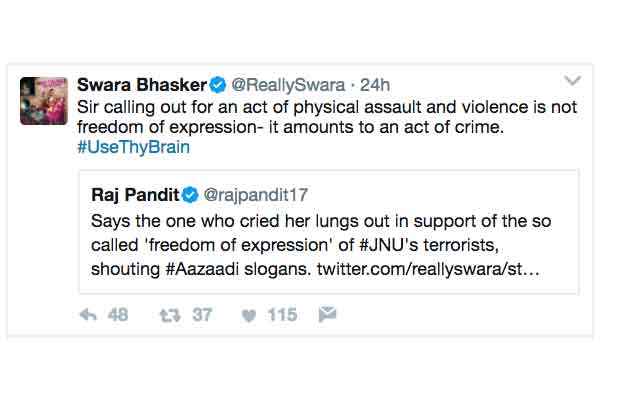 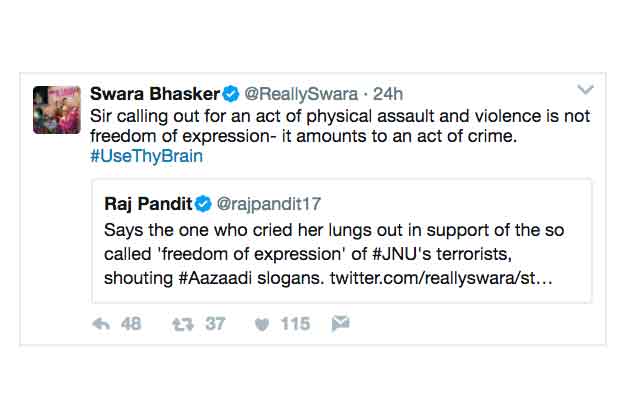 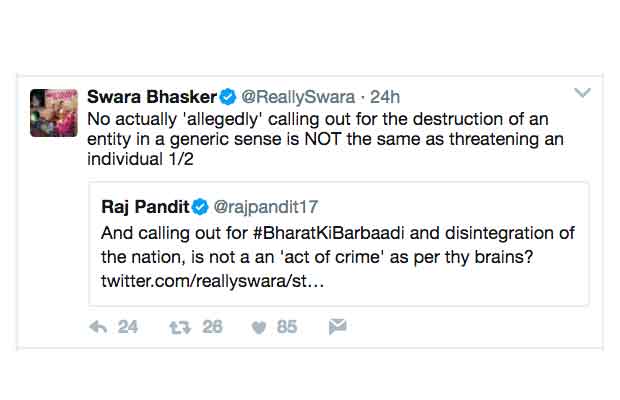 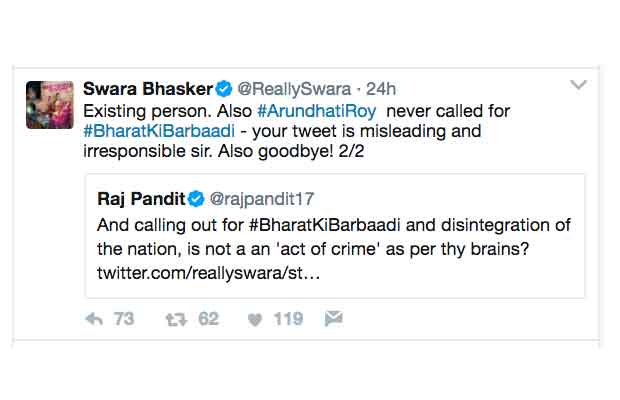 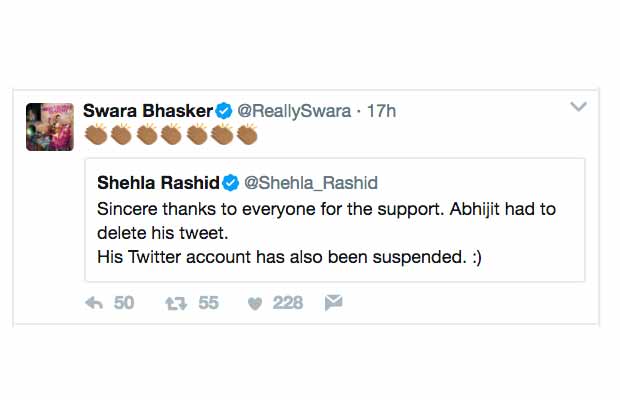 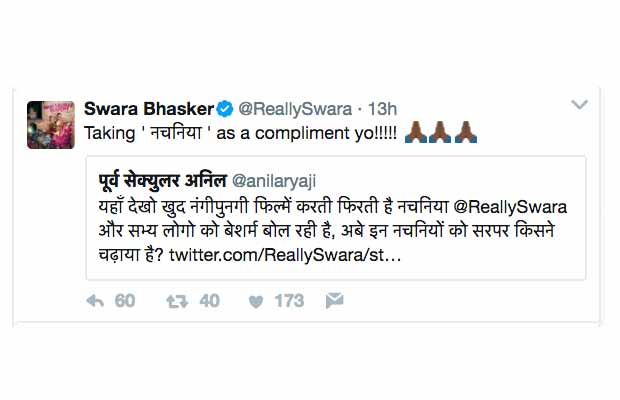 Speaking to PTI, Abhijeet Bhattacharya said that author Arundhati Roy and people supporting JNU were behind the suspension of his account.

“Yes, I just saw it. They are trying to block Paresh Rawal also. All Arundhati and JNU group behind this after Paresh Rawal and I tweeted against Arundhati for her anti-India stand,” he said.

On being questioned on whether if he would try to reinstate his Twitter account, Abhijeet told PTI,

However, it feels like after being on a holiday to London, Paresh Rawal has been receiving his news late. The incident that he referenced happened a month ago, though the Major was recently awarded his Medal. This issue has been trending on Twitter.Vivek Agnihotri, Rituparna Chatterjee and Rana Ayyub are among the few who are actively spreading their views about the Paresh Rawal’s comment.