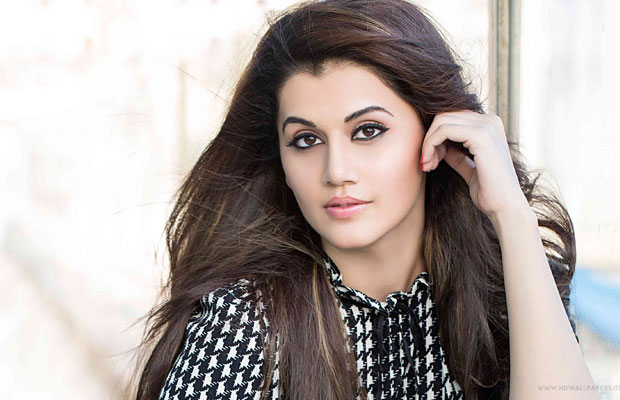 Running Shaadi starring Taapsee Pannu and Amit Sadh is releasing on February 17, 2017. Lately there have been a lot of buzz about the movie and the characters. Makers are bringing a completely new concept to the audience through Running Shaadi.

The entire movie was filmed in Amritsar and some interiors of Punjab. While shooting for this movie Taapsee came across a fan who followed her all the way from Hyderabad and landed up being on the shoot of the movie in Punjab. Taapsee was taken aback by the gesture but it was soon after she realised the fan meant no harm.

Taapsee was taken aback when the fan landed up in Amritsar only after reading a tweet from her. But then Amit Roy and she realised he meant no harm. In fact it was sweet of her to actually acknowledge his efforts and give him a small role in the film in order to appreciate his gesture.

Running Shaadi is a romcom film. The concept of the film is of helping people run away with the love of their life to get married. The film is produced by Shoojit Sircar and Crouching Tiger Motion Pictures. The film stars Amit Sadh, Taapsee Pannu and Arsh Bajwa.