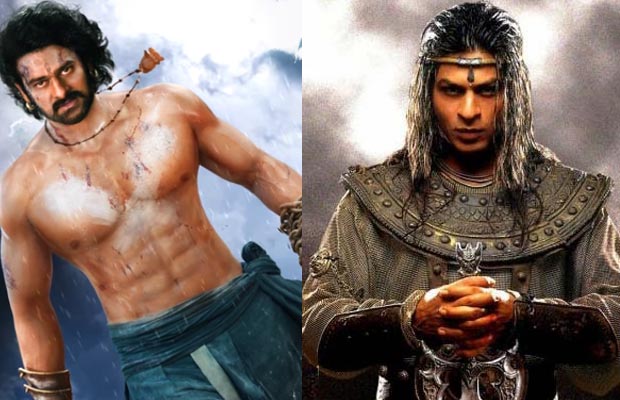 An interesting rumour of Shah Rukh Khan doing a cameo in ‘Baahubali: The Conclusion‘ was doing the rounds yesterday. Prabhas, who is the main lead of the magnum opus ‘Baahubali‘ franchise, is quite amused with these reports. He denied the rumour and clarified that SRK is not a part of the film.

Prabhas, whose name is synonymous with ‘Baahubali,’ feels that the film has become such a huge brand, it is constantly under scrutiny, surrounded by speculations and conjectures. He expressed how these rumours actually amuse him rather than affecting him in any way.

‘Baahubali: The Beginning’ is an epic historical drama which was absolutely loved by the audience, who are eagerly waiting for its sequel ‘Baahubali: The Conclusion.’ The prequel was a visual delight with gigantic sets and action-packed sequences and the second installment promises an even bigger and better experience for cine-goers.

Prabhas has become a household name due to the immense popularity of this film and it will be exciting to watch him play a double role in the upcoming sequel. We saw him performing daredevil stunts and the upcoming sequel is said to be loaded with many more hard-core adventures.

The release of ‘Baahubali: The Conclusion’ is eagerly awaited. It hits the screens on 28th April, 2017.