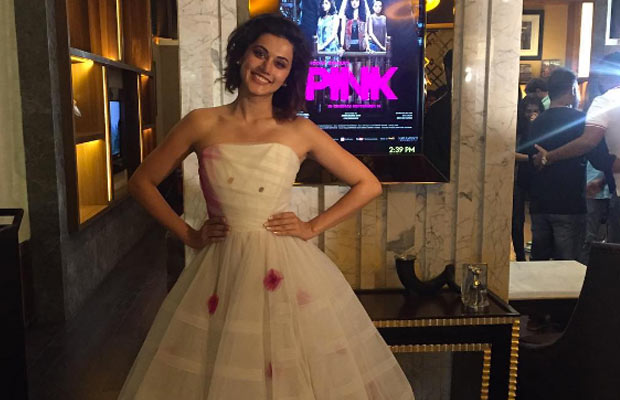 [tps_footer]Working in a movie with Amitabh Bachchan in the starting few years of your career and that to as a lead is not ordinary. Baby actress Taapsee Pannu will be seen sharing screen space with Mr. Amitabh Bachchan in her upcoming movie PINK, which released today. Taapsee who was shooting in London for her another project flew down to India literally for a few hours for the trailer launch of PINK.  She has maintained that PINK is a movie which will be very close to her heart as an actor and a performer, because of its story line and the experience she got while shooting it. And for such a great movie Taapsee doesn’t wanted to let go of any chance to promote the movie because of which she decided that she will fly down from London for the Trailer launch of the movie. For which her production team in London made  everything possible to allow Taapsee to literally fly in and out of Mumbai for a few hours. [/tps_footer]