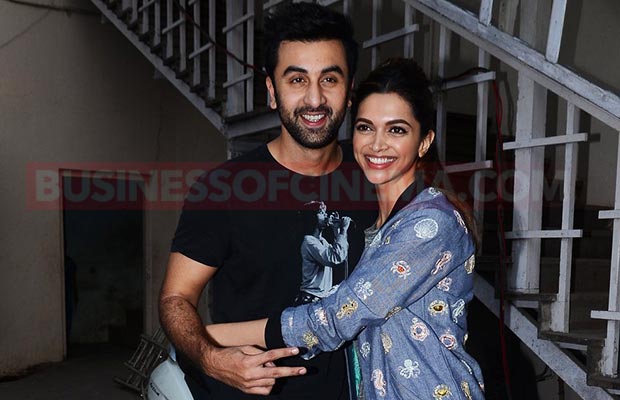 [tps_footer]Deepika Padukone and Kangana Ranaut are currently ruling the tinsel town. Deepika Padukone recently gave a sky rocketing performance in Sanjay Leela Bhansali’s historic drama ‘Bajirao Mastani’, whereas Kangana Ranaut has already proved her talent with the films ‘Queen’ and ‘Tanu Weds Manu Returns’. Rumors making rounds are abuzz with the fact that Deepika and Kangana are also being considered for the roles in Ranbir Kapoor starrer Sanjay Dutt biopic.

Ranbir Kapoor was last seen with Deepika Padukone in the film ‘Tamasha’. The two actors are always a treat to witness on the silver screen. Even though ‘Tamasha’ could not create much magic at the box office, the film received applauds for its plot and performances. Well, if things fall into place, Ranbir Kapoor and Deepika Padukone might yet again team up for the Sanjay Dutt biopic.

Actress Kangana Ranaut who is currently busy with Vishal Bhardwaj’s film ‘Rangoon’, is reportedly already approached for being a part of the biopic. The Sanjay Dutt biopic will be helmed by Raj Kumar Hirani and is much in news since its announcement. Ranbir Kapoor is already finalized for playing the main lead.

The latest development on the biopic is that the film won’t depict the episode wherein Madhuri Dixit Nene was close to Sanjay Dutt. The makers of the film will rather concentrate on Sanjay Dutt’s other relations. The movie will depict Sanjay’s relation with his sister, ex-wife Richa Sharma and current wife Manyata.

Ranbir Kapoor has already confessed on being a part of the much in limelight biopic. The actor is also training his physique for the same to look promising in the shoes of Sanjay Dutt. Except for Ranbir, there has been no other announcement for the other actors in the film.

If Deepika Padukone and Kangana Ranaut are really being approached, the film is undoubtedly going to garner all the attention. Currently, Ranbir is busy with his film ‘Ae Dil Hai Mushkil’ and Kangana is shooting for ‘Rangoon’ whereas Deepika is making all the rounds for her personal life.

Now who is leading the cast of Sanjay Dutt biopic is yet to be seen.[/tps_footer]