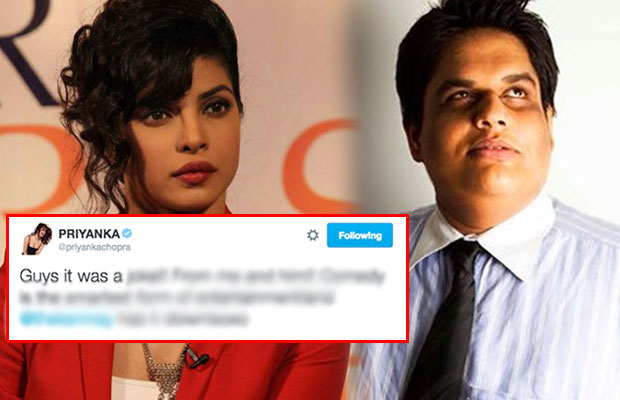 [tps_footer]Priyanka Chopra is one of the wittiest actresses of B-Town. The amazing starlet who handles her social media tactfully has now given a smart reply to comedian Tanmay Bhatt. As we all know Tanmay Bhatt is always in the news for his controversial statements and jokes. The comic artist is never shy of trolling celebrities.

Bhatt tweeted, “When I say @priyankachopra’s name in my head I now automatically pronounce it like “Priyaaaanka Chopruh”.

Well, the Quantico actress who is always on point in her statements gave a cunning reply to Tanmay saying, “I’m supposed to have the accent @thetanmay what happened to u? Lol.” 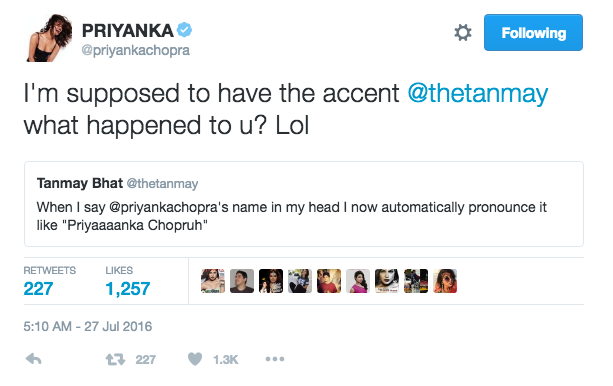 Seems like, PC fans were all over Tanmay Bhatt for his tweet and the comedian had to bow down. Tanmay then tweeted to make the matters cool by saying, “PC fans, kyu mujhpe chadh rahe ho, it was meant to be a compliment what is wrong with some of you smh.”

On the other hand, Priyanka also tweeted to calm her fans down. The Baywatch star expressed, “Guys it was a joke!! From me and him!! Comedy is the smartest form of entertainment!and @thetanmay has it down!xoxo.” 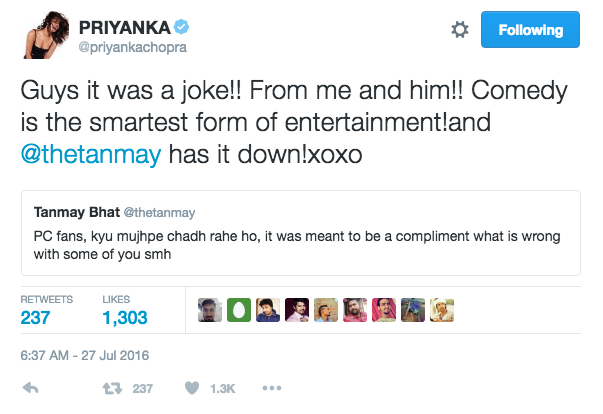 On the film front, Priyanka Chopra will soon make her Hollywood debut with ‘Baywatch’. The actress is yet to confirm on her tinsel town projects.