It seems the makers of The Kapil Sharma Show have found a new replacement of Sunil Grover for more few episodes.

The makers of The Kapil Sharma Show are in a search of better replacements ever since Sunil Grover has quit the show. It seems Kapil Sharma has to pay huge for his ill manner towards Sunil Grover. After being abused and humiliated by Kapil, Sunil is in no mood to forgive and get back on the show. The comedian is currently prepping up for his other live shows and recently, also hinted that he will be soon coming up with something new.

Meanwhile, the makers of the show have got new entrants, Raju Srivastava, Ehsaan Qureshi and Sunil Pal. However, the trip could not tickle the funny bones of the audience. The Last week’s episode was disappointing as Sunil and other team members were missing. 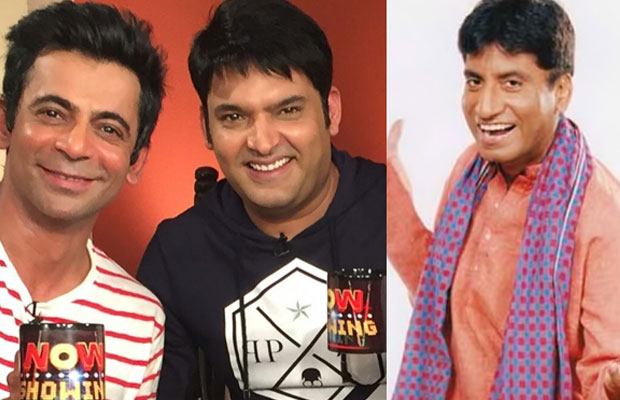 Now as per reports, the channel has once again approached Raju Srivastava for the upcoming episode. With no option left, the makers have got him on board again.

Talking to a leading portal, Raju Srivastava confirmed the news and said, “Yes, I have started shooting for this show. The channel and the team are happy with the episodes I have shot for them and have called me for more episodes.”

Now it remains to see how long Raju Srivastava stays on the show or the team has approached him only for few episodes. Things are turning way too messy for Kapil Sharma, at least it looks like.