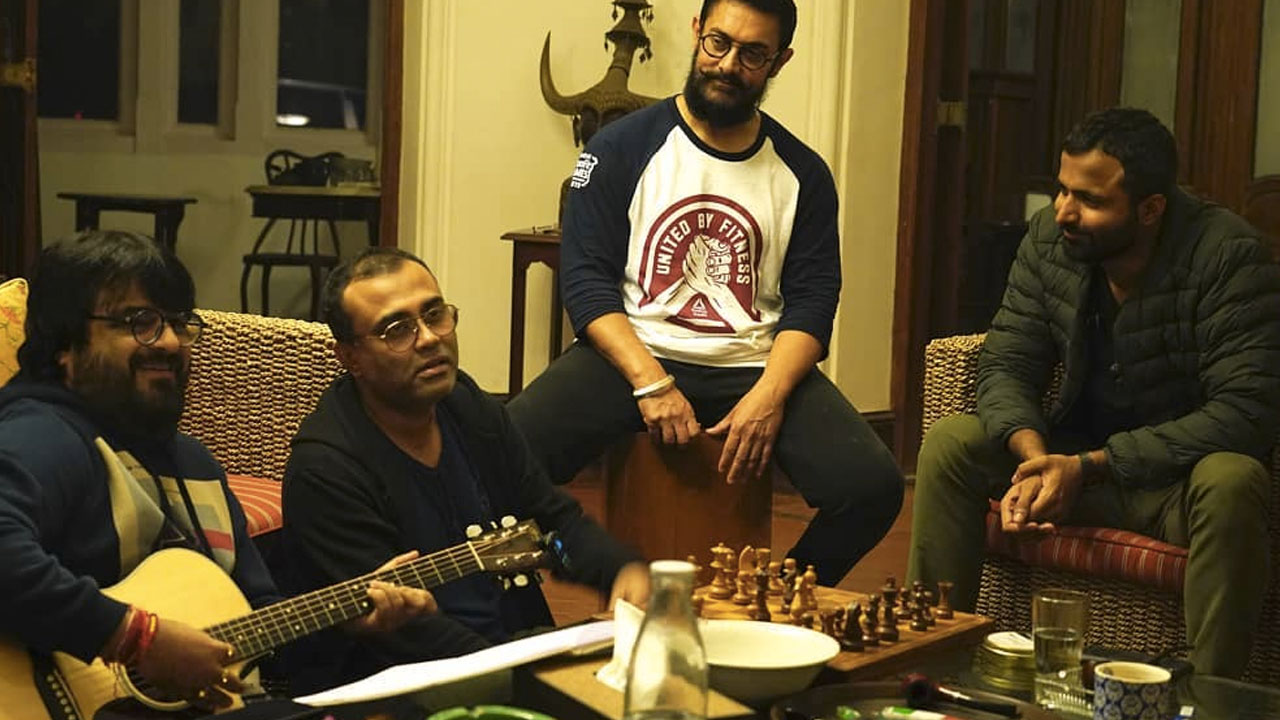 Aamir Khan who is going through the physical change for the film is also known as to ace all the departments of creativity and the superstar is personally looking into the music of the film alongside Pritam who is the music director of Laal Singh Chaddha. The Laal Singh Chaddha team is seen having a calm, heartfelt evening and composing music amidst that light ambiance.

Along with Aamir Khan and music composer Pritam, lyricist Amitabh Bhattacharya and the director Advait Chandan were also present during the process.

Music Composer Pritam took to his social media and writes, “Spent a few days in the picturesque Panchgani with an amazing group of people working on the music of ‘Laal Singh Chaddha’. Coming back here and working is always so inspiring. #LaalSinghChaddha”

Aamir Khan’s upcoming film ‘Laal Singh Chaddha’ has been in the news recently, for all the right reasons. The film which is inspired by the 1994 American comedy-drama ‘Forest Gump’, an iconic Hollywood classic, is going to see the superstar donning a very different role, yet again and continue his legacy of unparalleled acting prowess.

The audience is already eagerly looking forward for the film as they will get to see their favourite actor create magic on screen with yet another unique role and prove his title of the most versatile actor of Bollywood!

Written by Atul Kulkarni, the film helmed by Advait Chandan is produced by Viacom18 Studios and Aamir Khan Productions. The movie is slated to hit the theatres during Christmas 2020, next year.