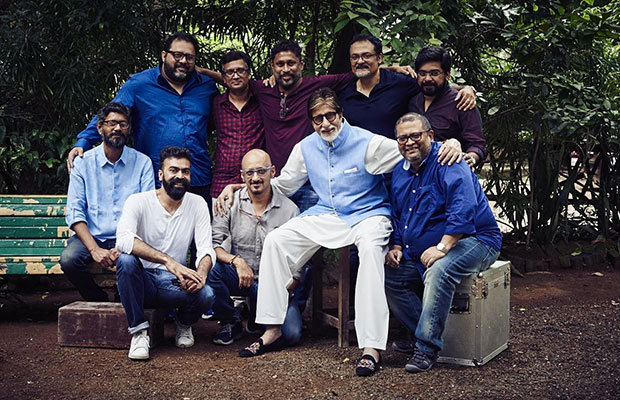 [tps_footer]Shoojit Sircar‘s PINK has overwhelmingly evoked stirring conversations and debates across the country with its shocking trailer launched recently.

Shoojit‘s PINK is a creative collaboration of some of the most talented artistes in India, with a staggering 10 National Award winners as part of its core team!

Amitabh Bachchan commands the team with 4 National Awards to his credit (Piku, Paa, Black and Agneepath), along with Shoojit Sircar winning the National Award for Vicky Donor, Producer Ronnie Lahiri winning for Vicky Donor as well and Director Aniruddha Roy Chowdhury already established as a leading light in the field of direction with 2 National Awards in his kitty as well.

Shoojit Sircar speaks to us on the experience of getting on the PINK table 10 Winners who collectively have 19 National Awards amongst them!

“It has been a humble priviledge and most enriching experience working with such award winning luminaries on PINK. Thanks to the film, we have formed a close and lifelong friendship and i am truly honoured to have had such an opportunity in my career.” He says.

Looks like PINK is all set to bring yet another feather to the team’s cap we feel! Shoojit Sircar‘s PINK releases on 16th September 2016.[/tps_footer]