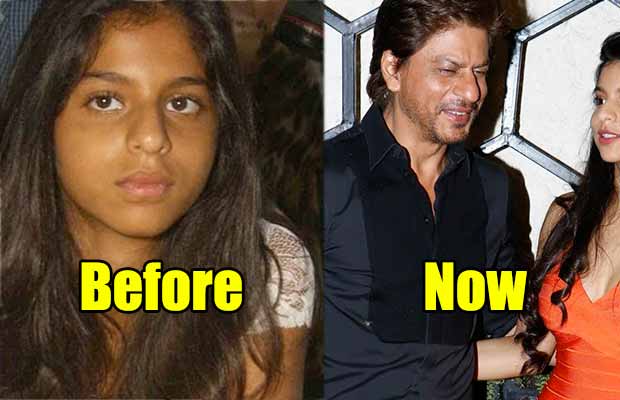 Suhana Khan is no more that small little girl, has transformed into a stylish diva!

Bollywood fans are eagerly waiting for star kids to make their first appearance in films. Amitabh Bachchan’s granddaughter Navya Naveli Nanda, Sridevi’s elder daughter Jhanvi Kapoor and Saif Ali Khan’s daughter Sara Ali Khan have already made quite a buzz in the industry even before their first film.

And now joining the troupe is Shah Rukh Khan’s daughter Suhana Khan. She is no more that small little girl and has been transformed into a stylish diva.

She was simply looking like a diva in her tangerine outfit accessorized with those high heels. As the daughter was posing with dad SRK, everyone went wondering if she is that same little star kid.

Her pictures have already gone viral. With this appearance, we guess that she has made her fans even more restless for her debut in the film industry as an actress!

Meanwhile, check out some of her old pictures and also some from the event of last night: