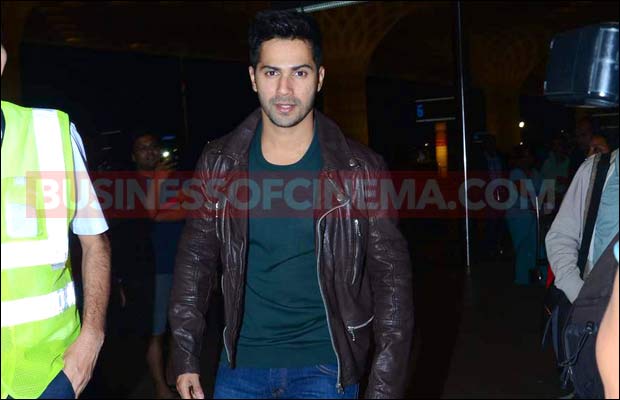 [tps_footer]Varun Dhawan as we all know is very chivalrous. The handsome hunk who makes girls go weak in their knees is not only a cute fellow but is also a gentleman in true sense. Girls love guys who are old school, and Varun is one such guy. The actor who is currently gearing up for the release of his upcoming movie ‘Dilwale’ is also a perfecto when it comes to flaunting his charm.

Well, seems like Sonam Kapoor’s sister Rhea Kapoor has another perception for our boy next door Varun.  Rhea as we all know is a true fashionista like her sister Sonam. The two sisters are always decked up perfectly and also are too elite.

Varun Dhawan who shared a platform with Sonam at the Filmfare Style Awards recently looked all like a gentleman when he helped Sonam Kapoor with her dress. The actress was seen wearing a red gown which was a bit cumbersome to carry on the stairs. Varun Dhawan like a true man helped Sonam by lifting up her gown a little to help her climb the stairs. Well, Varun is not going to let this gesture go in vain, the dashing star took to the micro blogging site Twitter and urged to Sonam saying, “I loved this @sonamakapoor. Tell rhea how well behaved I am please.” 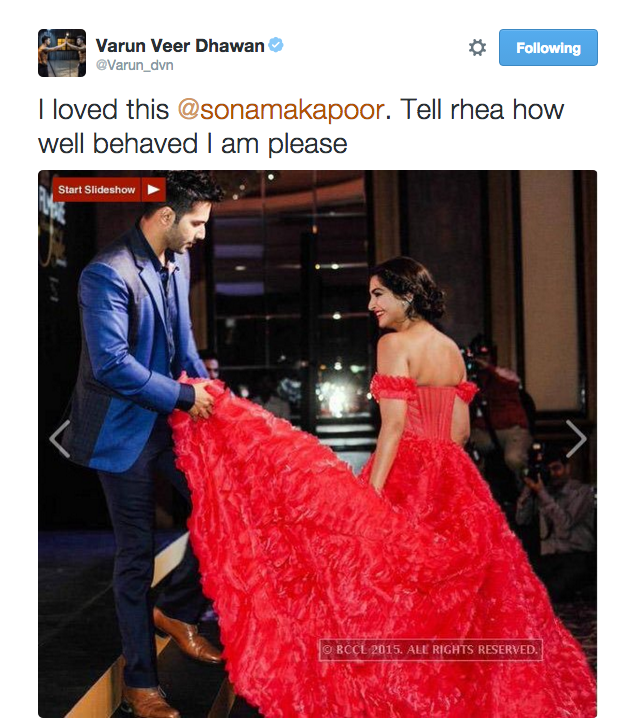 Well, we are sure that after this tweet and gesture Rhea Kapoor too has changed her opinion about Varun. The new entrant is all excited for the big release of his career ‘Dilwale’. The team of the film recently headed to London for the promotions.

Directed by Rohit Shetty, ‘Dilwale’ will see Shah Rukh Khan, Kajol, Varun Dhawan and Kriti Sanon in lead roles. The film is all geared up to hit the screens on December 18th, 2015.[/tps_footer]