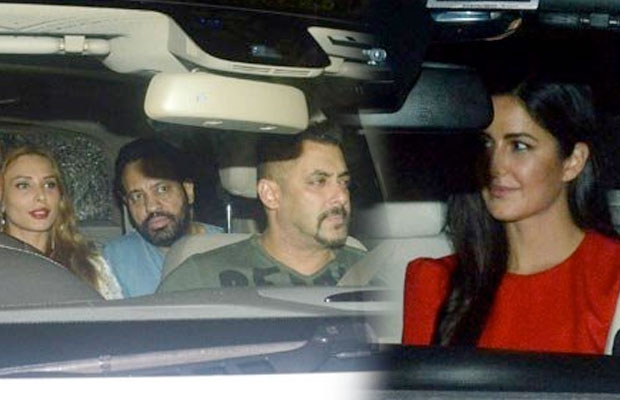 We recently informed you about Sultan’s screening held by Salman Khan for his kin. The elegant affair was graced by many yesteryear stars who have worked closely with his father.

Yesterday, the star arranged another screening of Sultan for his friends and colleagues from the industry which again was no less than an elegant star-studded affair.

The screening, held at Mumbai’s Yashraj Studios was witness to some rather juicy gossips.

It isn’t news now that Salman’s ex-girlfriend Katrina Kaif was one of the eminent invitees of the special screening. The actress did attend the screening with Karan Johar.

However, she couldn’t watch the film with Salman. While the beauty was present for the first screening, Salman Khan attended the second screening which was held later in the evening. The second screen was also attended by Salman’s girlfriend Iulia Vantur and a few other people.

However, Katrina didn’t bounce off and patiently waited for the second screening to wrap off so that she could tell Salman about what she thought about the film.

The superstar decided to announce an impromptu party for everyone present at the YRF studios. This is when Salman formally introduced his current girlfriend Iulia to his ex-flame Katrina.

However, the two girls didn’t seem to have any grudges against each other and were even seen partying together after their warm, friendly introduction.