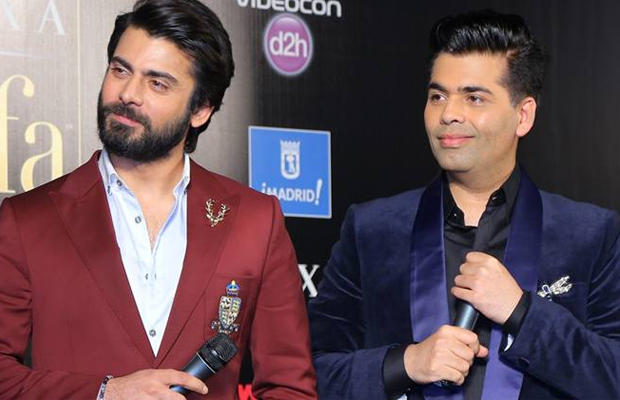 All of us are aware of the drama and turmoil that Karan Johar went through before the release of his film Ae Dil Hai Mushkil because of the ban on Pakistani artistes in the backdrop of ghastly Uri attacks. Finally, after an emotional video message and donation of money to Army funds, Karan Johar was “allowed” peaceful film release by the MNS supremo Raj Thackeray.

Recently Karan Johar was present at the World Economic Forum where he had one on one chat with Oscar-winning documentary filmmaker Sharmeen Obaid. The event titled ‘A Conversation with Karan Johar and Sharmeen Obaid-Chinoy’ on 18th January 2017 at Davos-Klosters was a well-received event and was live-streamed on different websites.

Amongst other things, the two while talking about the cross-border tension between the two nations, and how Karan Johar faces criticisms for casting Fawad Khan in his movies, Sharmeen said, “We as artists have to be true to our hearts… And do the things that we want to do. I really hope that someday I can go on the big screen and watch Fawad Khan directed by you again“.

To this Karan Johar said, “You know what I went through. It was a tough time for me. I have a great regard for talent and I have a great regard for Fawad Khan’s talent which is why he’s been in two of our films. The circumstances… we don’t know where we’re heading, and I think all great actors should find the best platforms and just like you I hope Fawad Khan finds the best platform because he’s a terrific actor. Having said that, I never want to go through what I went at that time“.

Fawad Khan has time and again proved himself as an actor and a favorite of the Indian audience. Only time will tell if we will ever see Karan Johar or any other Bollywood director work with Fawad Khan in a Bollywood film.