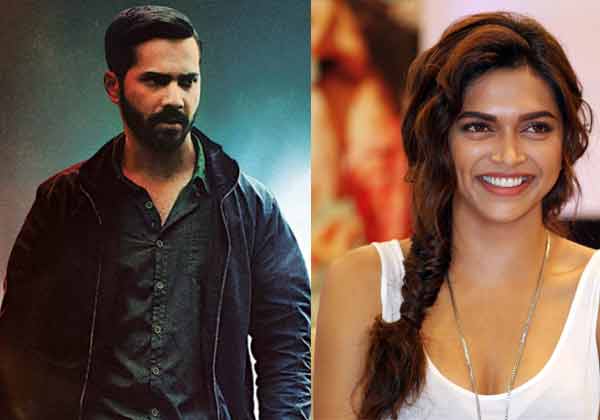 Varun Dhawan might not be a part of Badlapur 2!

Varun Dhawan starrer Badlapur was immensely appreciated by the audience and the critic.Especially the performance given by the actor was highly acclaimed. But the credit also goes to the amazing storyline which was very character-driven.

The makers are reportedly planning to make the sequel of the film. But according to the reports, this time it will not be Varun playing the lead role.

According to a report of DNA, Dinesh Vijan, the producer of the film wants to cast Deepika Padukone in the sequel. Dinesh has worked with Deepika in films like Cocktail, Love Aaj Kal and Finding Fanny and he loves her as an actress. He has even managed to make the Bajirao Mastani actress a part of his upcoming directorial debut Raabta.

A source told DNA, “A sequel to Badlapur, with a female protagonist and a completely new cast, is being planned. Dinesh has bounced the idea off to Deepika and she has loved it. It’s a character-driven role, just like Varun’s was in Badlapur. The script isn’t ready yet and once that’s done, the producer will give the actress a full narration and get her dates blocked for the film.”

Badlapur was a 2015 release which had Varun in the role of a man who seeks revenge for the murder of his wife and son. In the sequel, the story is going to be told from a female perspective with an entirely different star cast. The script has not been prepared yet, but the reports say that Deepika has heard the story and has loved it.

Deepika Padukone is currently shooting for Sanjay Leela Bhansali’s Padmavati, which is slated to release in November, this year. The film also stars Ranveer Singh and Shahid Kapoor.