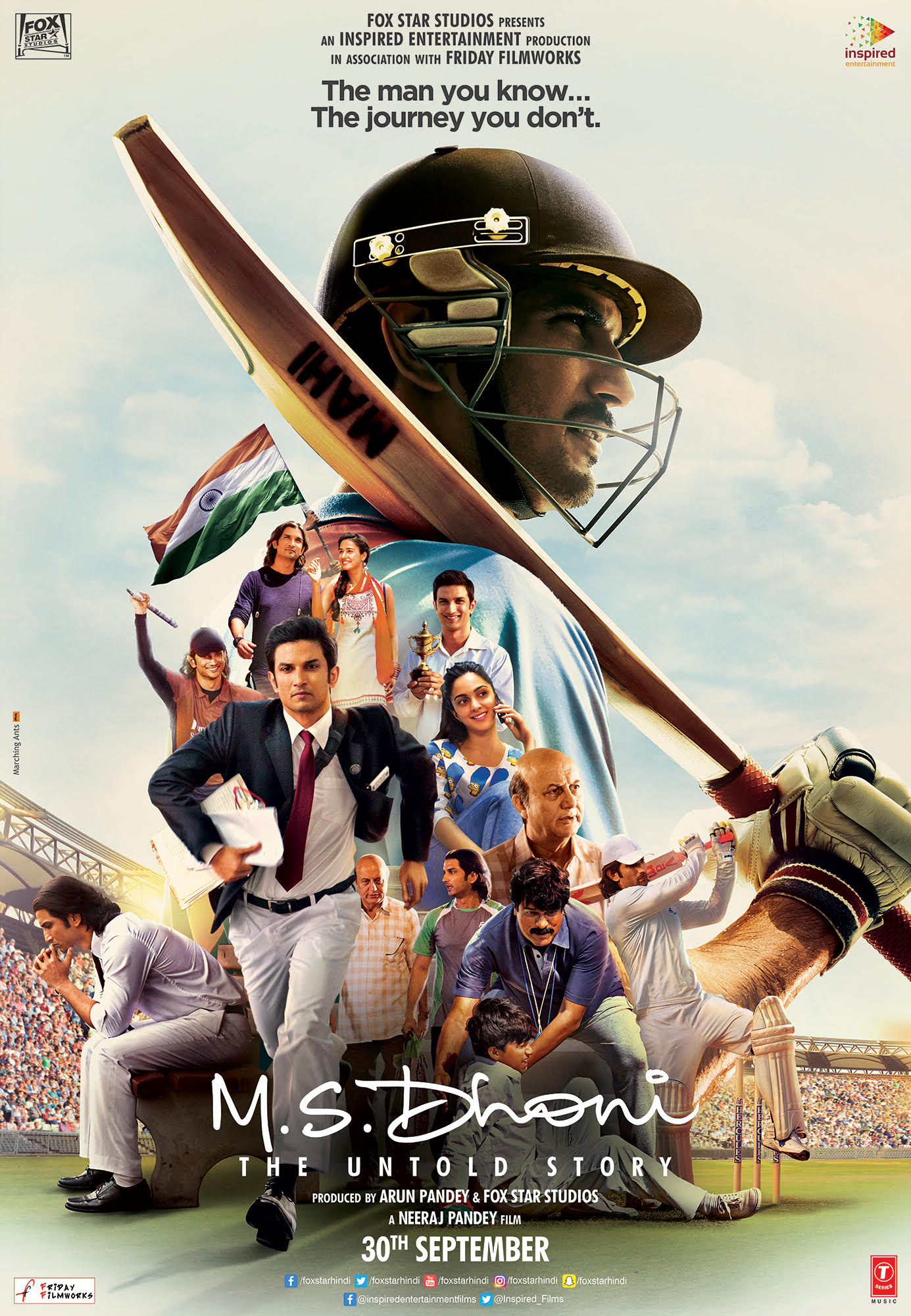 [tps_footer]Sushant Singh Rajput‘s M.S Dhoni – The Untold Story, a by product of Neeraj Pandey’s vision has given us the chills and thrills on witnessing rushes of the film in the trailer.

The makers now present to us yet another poster from the film, and boy.. this has got us eagerly awaiting 30th of September 2016.

The poster is a compilation of the various shades of struggles, hardwork and motivation exuded by the breathtaking trailer of India’s greatest Indian skippers biopic.

This new content piece is a clever depiction into all that went into making of one of India’s most loved Sports personalities, Mahendra Singh Dhoni.

Taking the audience back into his childhood, with a gradual progression into his journey, M.S Dhoni‘s Untold story has got not only Indian audiences, but viewers abroad also awaiting release.

With the first poster having proved to be an unexpected treat to the audience with Sushant donning the hat of a Ticket Collector while playing Dhoni, the following poster introduced, Dhoni – The cricketer. The content pieces that came after further gave insights into all the aspects of the cricketers life that would be showcased on celluloid.

And this newly launched poster further has grabs from his journey as a child, who was backed by his mentor, as a youth who pursued his career as a TC while strengthening his passion, Cricket.. to an adult who consulted his family and set out to achieve his goals and also has glimpses of his Love Life, emerging over all stands the ace Indian skipper, M.S Dhoni.

Sushant Singh Rajput has been basking in the love and warmth directed to him from across quarters for his hard hitting performance as Dhoni as seen in the trailer.

The films trailer, which released recently has broken the internet and has gone ahead to become the most loved trailer of the year with a whooping 1.6 crores and counting!

A brief insight into the film has left cricket and cinema lovers exhilarated and enthralled in anticipation to watch M.S Dhoni‘s Untold story.