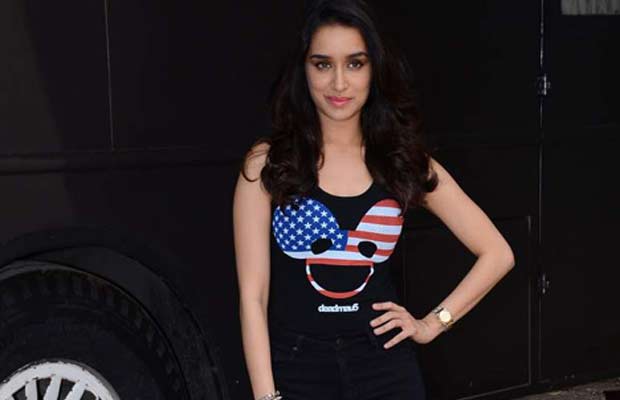 Shraddha Kapoor the versatile diva will be singing and dancing on her own song in Rock On 2!

The actor has bowled everyone with her brilliant performances in her former films.

Shraddha will be showcasing a dance performance on the song sung by the actor herself in her upcoming film Rock On 2! It’s going to be sheer magical for her fans who will witness the actress do an entire package of entertainment!

We have witnessed Shraddha’s dance moves in the film ABCD 2 along with co-star Varun Dhawan and her performance was towering.

Shraddha who comes from a family of singers has been singing since childhood and has sung before in her films and every song has been so melodious and shows how much she enjoys it. The actor also is a terrific dancer. It looks like Shraddha is going to set the temperatures high with an entire dose of singing, dancing and acting in Rock On 2!

The actor has always given a superlative performance on screen and her fans love to witness every obstacle that she overcomes effortlessly.

Shraddha has bagged packed 3 films as of now and the actor also has learnt how to play guitar meanwhile prepping up for her character for Rock On 2. The actor has left no stone unturned and it surely is a double treat for her fans to see her perform.