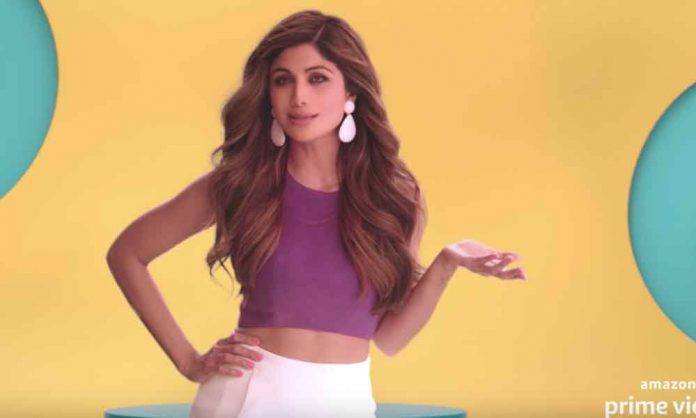 Shilpa Shetty who plays a cupid in Amazon Prime Video Original’s latest show ‘Hear. Me. Love. Me.’ has received a warm response from the Bollywood young generation.

Bollywood actors like Tiger Shroff, Disha Patani, Sonam K Ahuja and Arjun Kapoor have given a shoutout to the new Cupid in town Shilpa Shetty as her recent web series started streaming on Friday.

Hear Me. Love Me. is a disruptive and genre-defining reality show that introduces the concept of ‘virtual’ blind dating

Amazon Prime Video Original’s ‘Hear. Me. Love. Me.’ entails young women between 21 – 32 years of age, with diverse aspirations and from different walks of life, making an attempt to find love and companionship.

Every episode has one single woman making an acquaintance with three guys, ‘virtually’, without ever leaving her room. The bachelors wear a mini camera on their chest sharing their lives, but never revealing their faces, thereby eliminating looks as a deciding factor. After an intensive day of fast-track dating the three men, it will be decision time – where she has to choose the one who has won her heart – and all of this, without ever seeing his face. Innovative, authentic and with a broad appeal, the show puts the rules of attraction to the ultimate test because when it comes to dating, looks aren’t everything…or are they! Watch the show to find out ‘what women really want’ only on Amazon Prime Video.

After winning hearts with her great screen presence and aura, Shilpa Shetty Kundra is now set to give some valuable dating tips to lovebirds on her upcoming digital series ‘Hear Me, Love Me’ by Amazon Prime Video Original.

The first episode of the show streamed on Friday and has received a warm response from the audience and Bollywood alike.