Tiger Shroff who is best known for his dancing skills has nailed it last night at one of the first award ceremonies of the season..

The actor’s performance which was one of the most awaited ones of the evening had a phenomenal entry through a wooden box and had set the stage on fire.

The actor who admires Hrithik Roshan and takes him to be his idol, gave an electrifying performance on Hrithik‘s Dheere Dheere and Tu Meri from Bang Bang. Apart from that he also danced to his own chartbusters Beat Pe Booty and Befikra.

Tiger Shroff wowed the audiences while rocking on the dance floor with his stupefying moves. Everybody kept cheering for him throughout.

The actor’s Beat Pe Booty which was a hit number from 2016 was one of the eye catching numbers from his performance last night.

Tiger Shroff even made his colleagues from the industry Varun, Sushant and Disha groove on his dance number and garnered tremendous applauds.

No wonder Tiger is one of the best performers of B-town and his performance last night has spoken out well.

It is always a visual treat to watchTiger Shroff dance, his performance last night had a power pack impact on everyone. 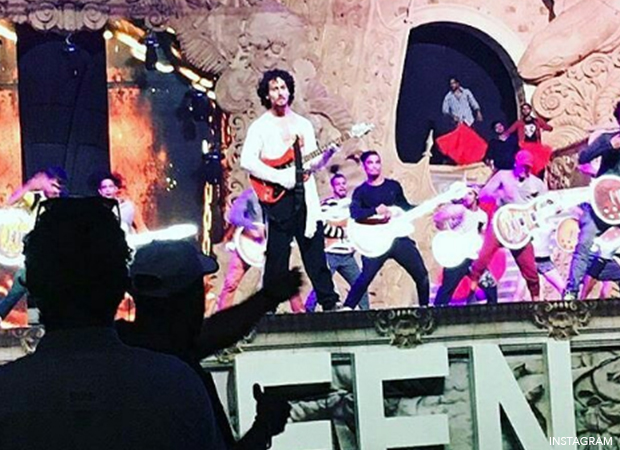