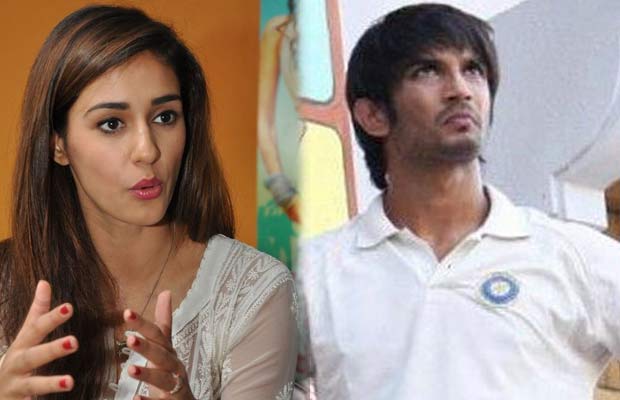 [tps_footer]The New Year seems to be fruitful already for Tiger Shroff’s rumored girlfriend Disha Patani. The starlet who was looking out for a big break in tinsel town has finally landed herself a meaty role. Rumors making rounds suggest that Disha Patani might be seen in Sushant Singh Rajput starrer MS Dhoni biopic. The film which is making rounds for its concept and plot, is already in the roll. ‘MS Dhoni- The Untold Story’ will depict the life of cricketer Mahendra Singh Dhoni.

Well, speculations are abuzz with the fact that Disha Patani might be seen in the role of Dhoni’s ex-girlfriend in the film. No official announcement for the same is yet made. Disha Patani is also keeping mum about this speculation. It is being said that Sushant Singh Rajput and Disha Patani look promising as an on screen couple and therefore the makers decided to rope her in for the role.

Sushant Singh Rajput has already started training for his role of Dhoni for the biopic. The mind blowing actor is also taking fitness training sessions to maintain a posture of that of a sportsman. The makers of the film were on the hunt for a young and vibrant girl for the role of Dhoni’s ex flame and Disha fits the criteria by all means.

Kai Po Che actor Sushant got loads of applauds when he visited Mahendra Singh Dhoni’s matches previously to get a hang of the character. The actor proved that he is a method oriented celeb when he took note of Dhoni’s mannerisms on field to make his character more appealing and realistic.

The much awaited biopic ‘MS Dhoni- The Untold Story’ is directed by Neeraj Pandey. The biopic is scheduled to hit the screens on September 2, 2016.[/tps_footer]