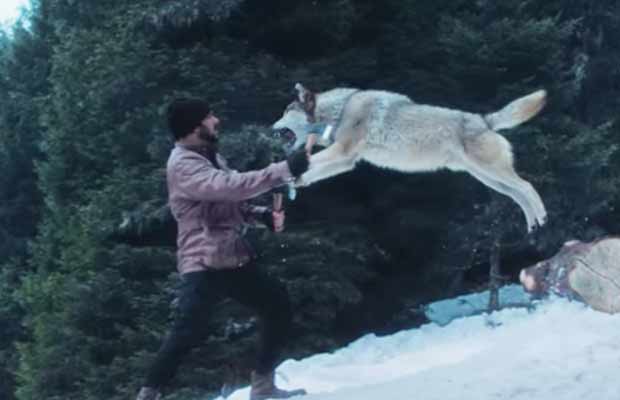 Bollywood actors Salman Khan and Katrina Kaif starrer Tiger Zinda Hai is just two weeks away from the release and fans can’t keep calm. The Ali Abbas Zafar directorial, which is releasing on December 22 is one of the most anticipated films of 2017. Sequel to Ek Tha Tiger, the film is expected to be the biggest action entertainer ever.

Salman Khan, as well know goes beyond his limits when it comes to giving his best for the film. Well, Salman just took the action benchmark several notches higher. Yes, the superstar has pulled off his most dangerous action sequence to date with a pack of wild wolves!

The makers of the film have made sure that they go an extra mile to ensure that their forthcoming spy drama, Tiger Zinda Hai, sets a new benchmark in action entertainers. Going by the recent new promo of the film, looks like the film is going to be a real treat for the audience. The scene in the promo has been shot in the snow-capped forests of Austria.

Special crew and security measures were taken care of while performing this dangerous task. Action choreographer Tom Struthers has pulled off this scene in the best possible way and moreover, we can’t wait to watch it on the big screen.

Tiger Zinda Hai is a story about Indian nurses taken hostage. Salman and Katrina battle it out to save their lives from terrorists. Just like its prequel Ek Tha Tiger, Tiger Zinda Hai too promises high octane action sequences.

Salman Khan and Katrina Kaif are coming together after 5 years for their upcoming film Tiger Zinda Hai. The two will be sharing the screen space again in a film directed by Ali Abbas Zafar. Tiger Zinda Hai releases on December 22.