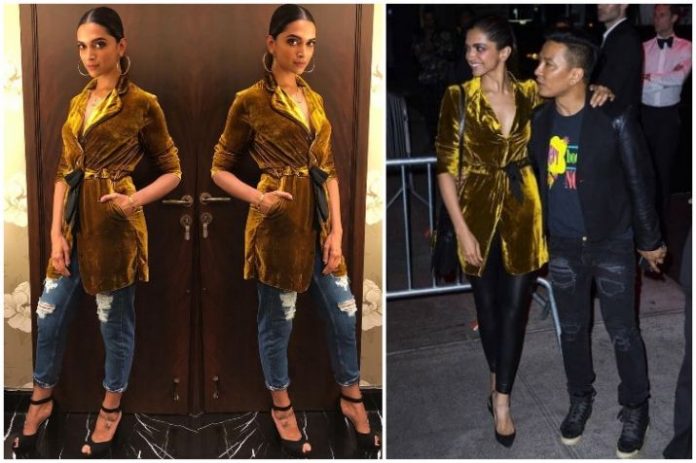 Bollywood’s leading lady Deepika Padukone is one of those Bollywood celebs who doesn’t shy away from repeating clothes.

The stylish diva who is known to carry every outfit with utmost poise and elegance unflinchingly repeat and flaunt her previous outfits like a boss.

While repeating clothes is a nightmare for many of the stars, Deepika Padukone is one of those who wouldn’t mind wearing a similar outfit for the second time.

Let us put some light on the times when Ms. Padukone slayed her appearances in the same outfits and pulled them off with elan.

Latest being for the after party of Met Gala, 2018, Deepika wore a mustard velvet blazer with an inbuilt black belt cinching her waist. She paired it with black latex tights and black stilettos. What surprised us was that the velvet blazer Deepika wore was the same as the one she wore not so long ago for another event. We saw Deepika step out for an event in January this year wearing the same blazer 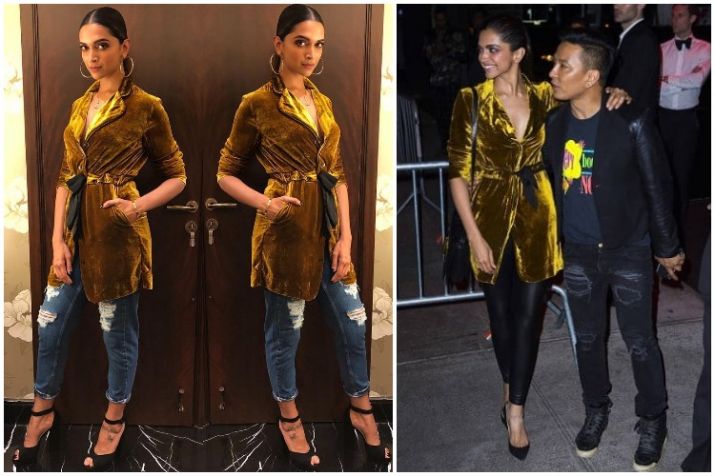 For the trailer launch of Chennai Express in 2013, Deepika had teamed her Anamika Khanna creation with jewellery by Amrapali and silver juttis. A chic updo and a minimal makeup rounded out her look. For the Padmaavat screening, Deepika was seen wearing the same Anamika Khanna creation featuring a sheer koti with a flare, pants and a dupatta and teamed it with a pair of statement earrings, a chic low bun and subtle makeup. 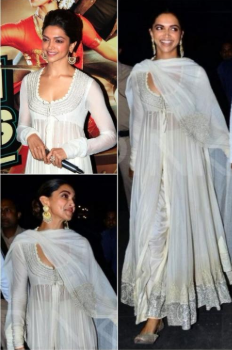 Deepika Padukone’s ‘LOVE’ for this jacket is legendary. The actress was seen donning the Givenchy bomber jacket at the airport earlier over a short black dress and paired it with a pair of thigh-high boots.  As the actress received a memento by Instagram sometime back she decided to sport the same jacket. There is something very cosy about jackets which makes it difficult to just wear it once. 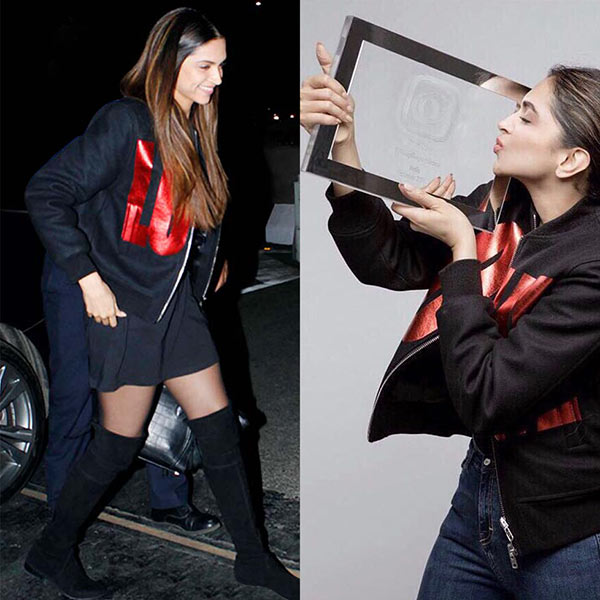 Deepika Padukone’s obsession with glitter. The actress was the centre of attention during the Vanity Fair Oscar party this year with her shimmery attire. Deepika earlier, wore the attire four years ago at the Vogue Beauty Awards 2012. the actress rocked the attire back then and looked equally stunning as she repeated it earlier this year. 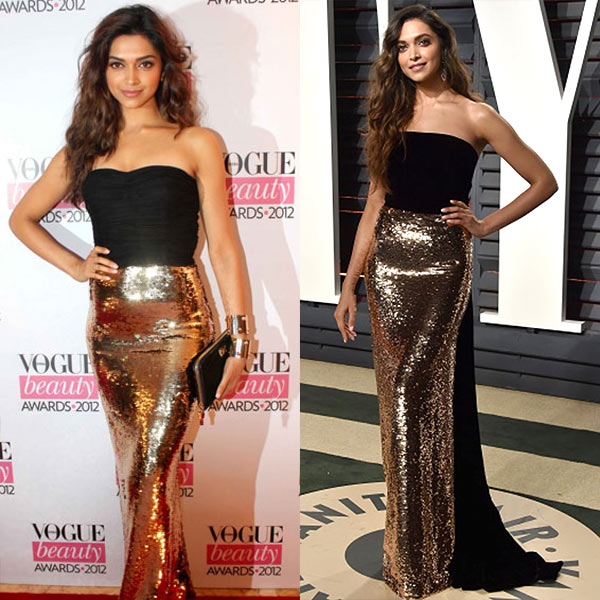 Deepika attended the wedding festivities of her childhood buddy, Aditya Narayan and wore a vibrant pink Kanjeevaram saree teamed with a sleeveless pink blouse. An opulent gold choker with large gold studs coupled with a glossy makeup and centre-parted sleek low bun rounded out her resplendent look. For the red carpet of the seventh edition of the HT Most Stylish Awards 2018 where she clinched India’s Most Stylish Award, Deepika repeated the ethereal wedding look, this time with a gold choker from Tanishq Jewellery, a subtle makeup of heavily lined eyes, nude lips, courtesy makeup artist Sandhya Shekar and a chic hairdo, courtesy hair stylist Yianni Tsapatori. 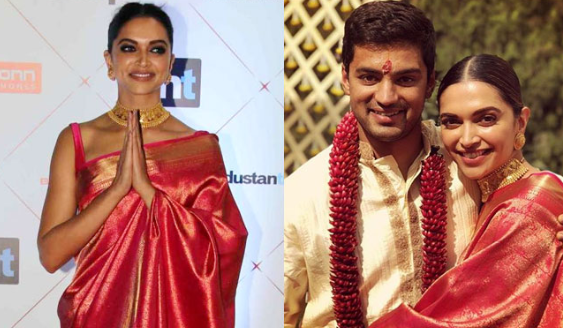 Deepika Padukone can’t get enough of her white dress. The actress was seen partying with other Bollywood celebs on Shah Rukh Khan’s birthday bash. As Karan Johar shared her picture with Alia on Instagram we immediately recalled her white dress which had swept us off our feet earlier. During one of the IFFA , DP was seen donning the same white dress with different hairstyle and accessories. This lovely creation by Chloe surely deserves to be worn more than just once and Deepika seems to agree with us on this 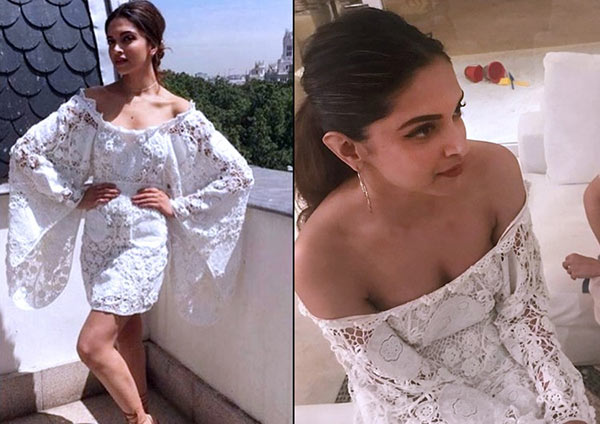 A major must have in every girl’s wardrobe, Deepika wore a stunning floor length maxi dress from Alice + Olivia to a special screening for Ram Leela and repeated the same piece during the Finding Fanny wrap up party. 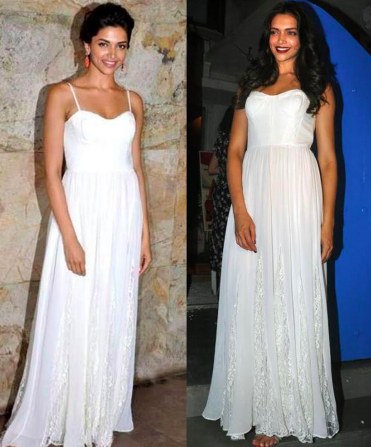