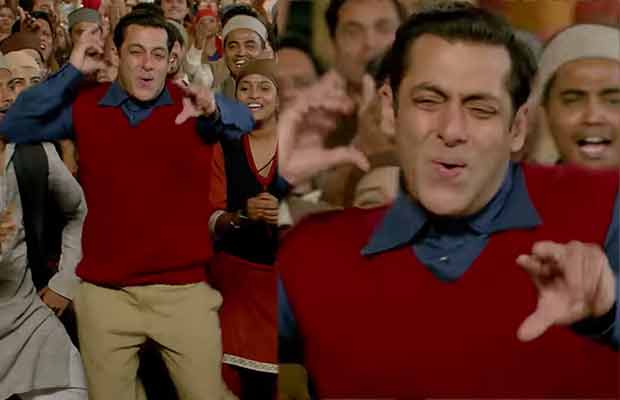 Bollywood actor Salman Khan launched the first track, “Radio Song” from his much-awaited film Tubelight. Salman along with the makers of the film launched the song amidst much fanfare in Dubai today. Salman Khan truly knows how to gratify his fans all across the world and this song is the best treat that the actor can offer to his fans.

Salman Khan’s innocence, charming style is what you will see in the Radio song. Sung by Kamaal Khan and Amit Mishra, and choreographed by Remo D’Souza, Radio song is going to be the most celebrated song if the year.  With kids around the actor in the song, Radio reminds us of Selfie Le Le Re from Bajrangi Bhaijaan.

Director Kabir Khan has shot Radio in a town square typical to those in the 1960’s. The director wanted to bring back the 60s touch in the song. In fact, the team went on a recce in and around to find a town which was untouched by modernisation.

The track which is a celebratory song in the film had been shot on a very large scale. It has the touch of the 60’s and required a huge crowd to be dancing on it. Kabir had organized for 200 dancers and about 800 juniors to be part of the song along with Salman Khan.

Are you ready to dance to the tunes of Radio song? WATCH THE VIDEO RIGHT BELOW: