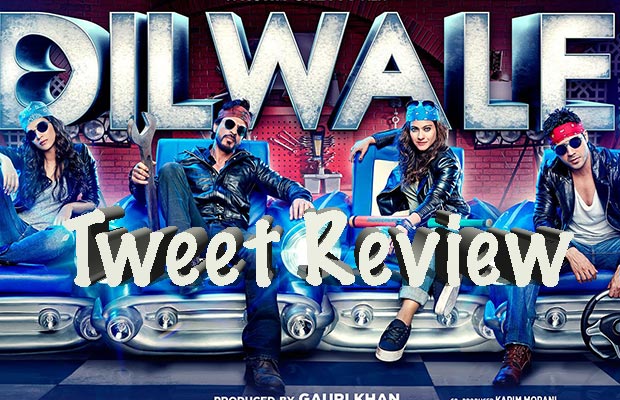 [tps_footer]The most awaited film of the year ‘Dilwale’ has finally hit the screens. The film which was much in limelight for its impressive star cast of Shah Rukh Khan, Kajol, Varun Dhawan and Kriti Sanon was top notch in its promotional activities too. The stars of the film left no platform unexplored for promoting their entertainment flick. Directed by Rohit Shetty, ‘Dilwale’ was high on the minds of the audience for the reunion of the most romantic on screen pair of SRK and Kajol.

After the mind blowing songs like Gerua and Manma Emotion, expectations from the film ‘Dilwale’ were high amongst the audience. The film is touted to be a concoction of romance, action and emotion. Finally the film has hit the theaters and the viewers are ready with their reviews for ‘Dilwale’.

Here’s what the movie goers have to say about the film ‘Dilwale’.

#DilwaleDay . #Dilwale has got every ingredient of a family masala entertainer. @iamsrk @KajolAtUN @varun_dvn @kritisanon 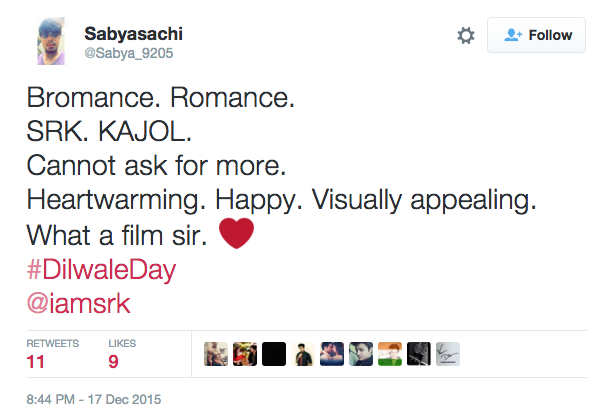 And watching SRK-Kajol on the screen is magical! How they manage to do it every time us beyond me. #DilwaleDay

Will #DilwaleDay spell the beginning of the end of the @iamsrk and @KajolAtUN jodi? first reports say movie dull and boring! 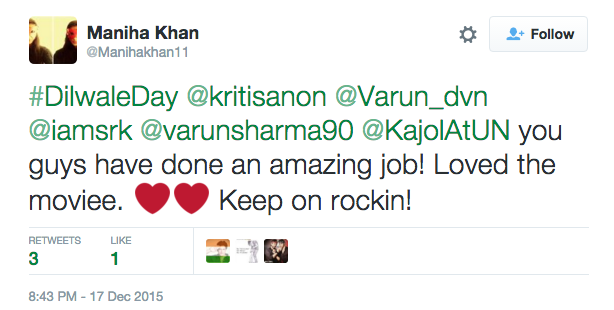 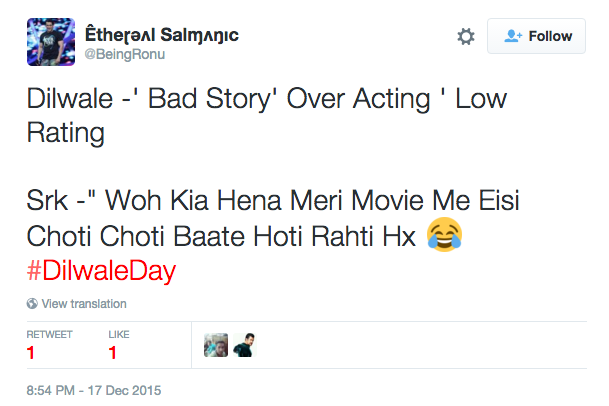 #DilwaleDay from tmrw wl change to #bajiraomastani day bcz dilwale is such a pathetic movie. Sorry Kajol u deserve better