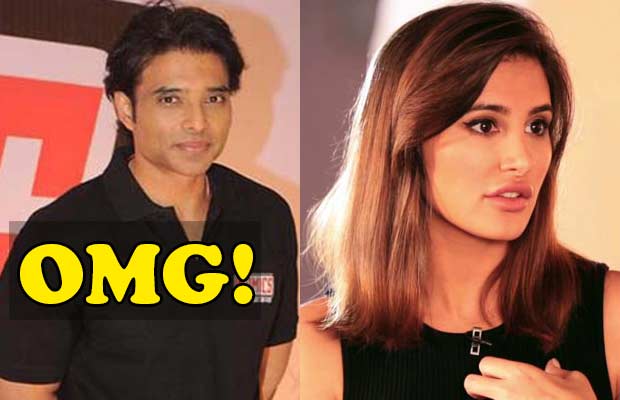 [tps_footer]When reports came out that indicated a relationship between the evergreen flop actor Uday Chopra and the stunning Nargis Fakhri, to say that we were shocked is an understatement. The two were dating for quite a while and throughout the relationship were the butt of several jokes, memes and twitter trolls too. Well, Nargis Fakhri has suddenly fled Mumbai in what can be called a hasty manner which has left many people shocked.

According to Nargis Fakhri’s spokesperson, the actress is apparently facing a major health issue and had to take off to New York to deal with the same. However, if industry insiders are to be believed, the rumors doing the rounds right now say that the actress suffered a heart break when her boyfriend Uday Chopra, called it quits on their relationship a few days ago.

Apparently the ‘Dhoom’ actor called off the relationship rather abruptly and without any concrete reason which has left the ‘Main Tera Hero’ actress desolate. If reports are to be believed, Uday broke up with Nargis over a mere Whatsapp message. Not only was this tactless, but the entire episode has left the actress so disturbed, that she has simply decided to flee the city in haste. The actress has left the promotions of ‘Housefull 3′ and the patchwork for ‘Banjo’ hanging and has left indefinitely.

In other scoop, Uday had apparently been using two phones – one especially for being in touch with Nargis and the other one for other purposes. The number which was exclusively for Nargis now appears to be deactivated and the other number which was initially not visible on Whatsapp, is now public. Also, since the break up, the actor has become quite sociable on Whatsapp which we assume is an attempt to show that he is not heart broken in the least.

We wish Nargis a speedy recovery from her heart-break. She could do so much better, don’t you think?[/tps_footer]