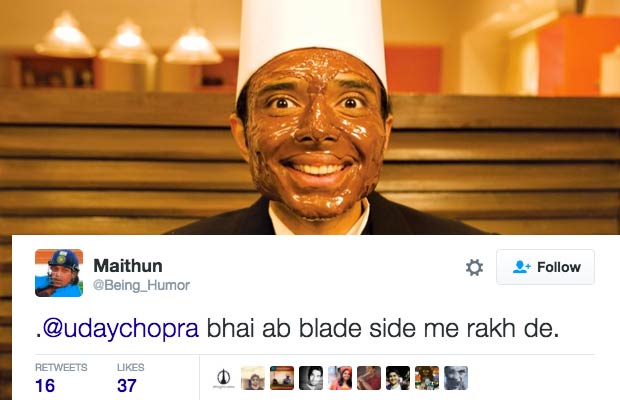 [tps_footer]Uday Chopra has been the butt of many jokes lately. It is not new that a celebrity is trolled on the micro-blogging site Twitter by haters. Many stars like Abhishek Bachchan, Virat Kohli, Hrithik Roshan, Anushka Sharma and several others have been trolled by their followers for various reasons.

Actor Uday has recently become the latest one to bear the same. Just a few days ago, Uday posted a philosophical saying on his account posting, “I like death. Death is my friend. One day when everyone will leave me; when even I will leave myself, death will be there…waiting for me!” 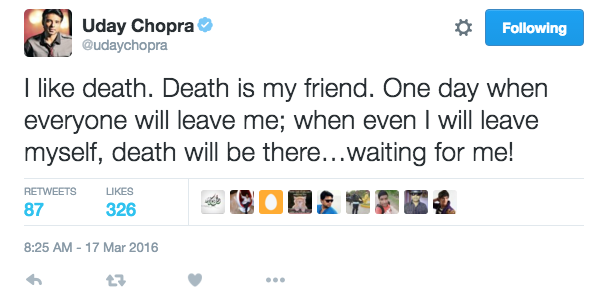 The actor got trolled for the same when a follower replied, “.@udaychopra bhai ab blade side me rakh de.”

In order to give a fitting reply to the hater, Uday went ahead and posted, “A study conducted at University of Ankert, says that men who troll celebrities on Twitter have really small…ahem! Minds #OverCompensation.” 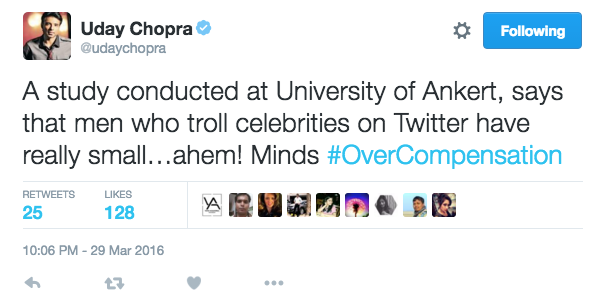 Just when everyone thought that the haters would now stop, Uday Chopra’s hard luck had just started. The Dhoom actor got himself trolled once again by receiving tweets like 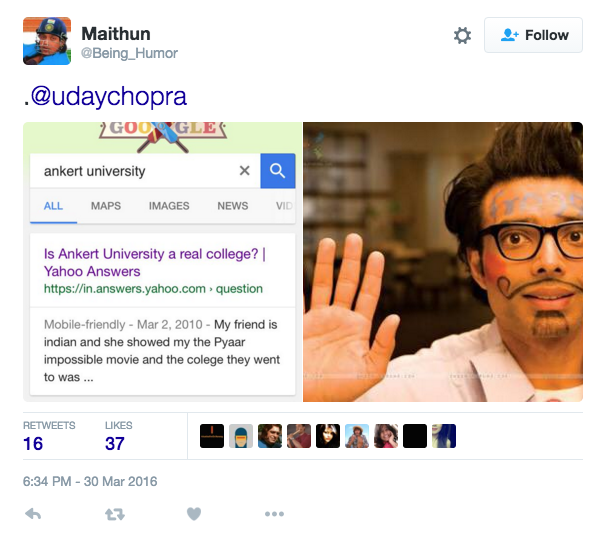 @udaychopra is that where u got your degree? Lol

@udaychopra but you r not a celebrity

@udaychopra but I have never seen you trolling any celebrity and still you have a small…ahem! Mind

@udaychopra Now we know why you have a really small…ahem! Mind.

@udaychopra A Study conducted by JNU, says that starkids who thinks themselves so called “CELEBRITY”. have brain on their knees.