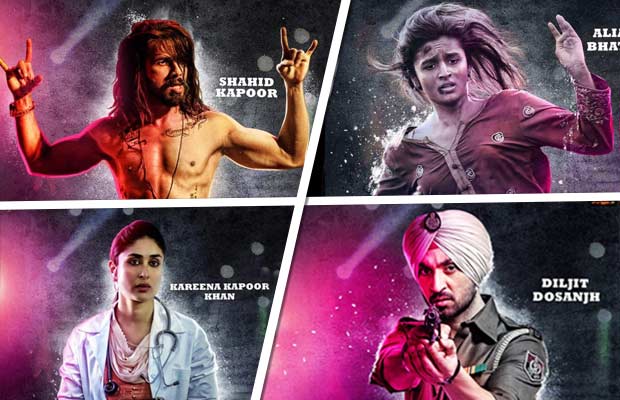 [tps_footer]Social media has been abuzz eversince the launch of the Udta Punjab trailer!

With the audiences left completely thrilled by the distinctive characters of Shahid, Alia, Kareena and Diljit, the film is toted to be the buzziest film of the year.

Udta Punjab made headlines since its announcement, the casting and subject of the film has been a talking point for the audiences and media alike.

The trailer which was launched recently has generated further curiosity of the audiences who are eager to witness more content related to the film.

In merely 48 hours since its release the film’s trailer has nearly garnered 4 million views.

Spokesperson shares, “The makers of Udta Punjab are inundated with appreciation calls and emails alike from within the industry and audiences too. It is overwhelming to see the positive buzz around the film in the very beginning.”

With the ongoing buzz the film has been generating, it is only appropriate to call this new age multi starrer to be the ‘Buzziest’ film of the year for all the right reasons!

Udta Punjab is a film based on the lives of 4 individuals played by Shahid Kapoor, Alia Bhatt, Kareena Kapoor Khan and Diljit Dosanjh who are impacted by the drug abuse faced in the connecting state of Punjab.

Produced by Balaji Motion Pictures and Phantom Productions, Udta Punajb is directed by Abhishek Chaubey and is set to release on June 17th 2016.[/tps_footer]