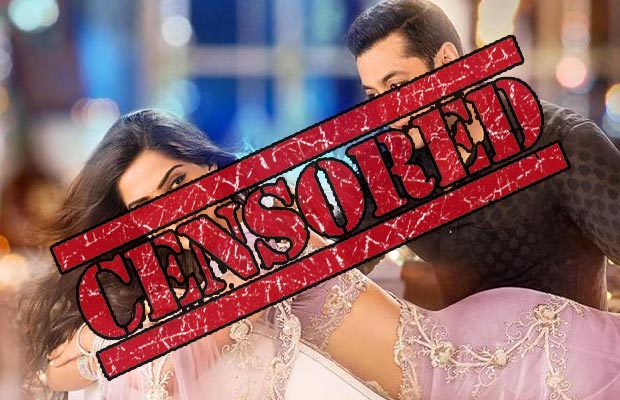 The Censor Board is often blamed for hindering with the creativity of the filmmakers, well the official board is surely right when it closely examines the films which feature something provocative but who can say that to a Sooraj Barjatya film!

Sooraj Barjatya films are tagged as the purest films with no signs of hardcore violence and derogatory sequences. Yet no one can surpass the Censor Board without a struggle.

Reports suggest that Salman Khan– Sonam Kapoor starrer film ‘Prem Ratan Dhan Payo’ has been given three cuts from the Censor Board. The Board has regarded three scenes from the film as unnecessary and unethical.
One of the scenes in the film uses the word rakhail in its dialogue, which literally means a mistress. The Board has opined that the word is not in good taste and necessary changes to the same be made.

The second scene consists of a Ram-Leela sequence, which plays during the title song, the sequence then also intertwines with other old Hindi melodies. The Board opined that the scene was unnecessary and Ram-Leela glimpse was not needed.

The third scene where the cut was suggested was a scene where a person is being hanged. The three cuts have come as a shock to the team of the film.

Earlier too, the cast and crew of the film had suggested that the film be edited because its too long. However, Censor Board suggesting cuts in a Sooraj Barjatya film is unbelievable.