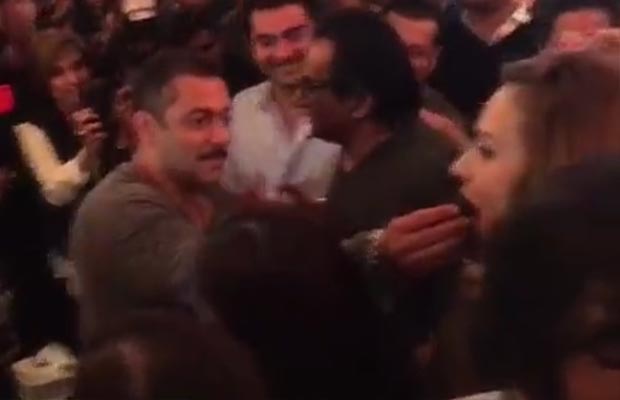 [tps_footer]Bollywood’s superstar Salman Khan is one of the most famous actors and when it came on celebrating his 50th birthday, it had to be in a grand way. As we all know, star-studded grand party was organized at his Panvel farmhouse, which saw the presence of many Bollywood stars.

From his hit films Bajrangi Bhaijaan to Prem Ratan Dhan Payo, it has been a great year for Salman Khan at professional as well as at personal level. It was a grand birthday with hundreds of guests and huge 50kg cake worth Rs 1 Lakh. As the clock hit 12, the grand three tier chocolate cake was brought in. The Being Human star who was surprised seeing the huge cake, sliced it as family and friends chanted Happy Birthday.

While who’s who of the Bollywood star was present around Salman Khan while he was cutting cake, the only person that stuck by Salman’s side was none other than alleged girlfriend Iulia Vantur. Well, we got our hands on the unseen video of Salman Khan feeding a piece of cake to Iulia Vantur.

It’s a very cute and adorable video, just after Salman Khan cut the cake; he is seen feeding generous portion of the cake to his family members, which included his brothers Sohail-Arbaaz, father Salim Khan, mother Salma Khan and sisters Arpita- Alvira. Well, the family members list does not end there, the Bajrangi Bhaijaan star also feed the cake to Iulia Vantur who was present with the Khan family there. 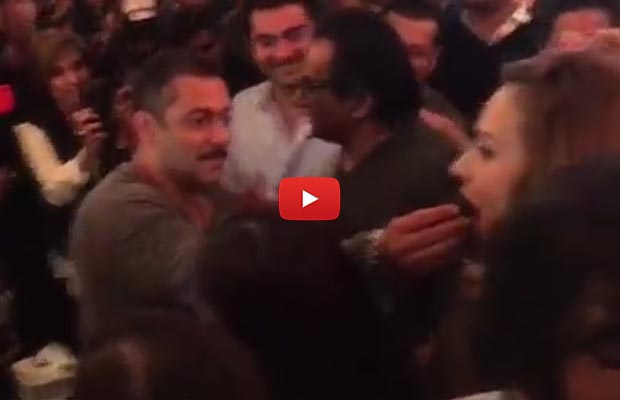 Though Salman Khan has trashed all the rumours of him dating Iulia Vantur, the gestures and Iulia’s presence with the Khan family at the party says it all. Also, recently Kabir Khan’s wife Mini Mathur shared a picture on instagram account in which Salman is seen striking a pose with beautiful ladies including Iulia Vantur. All the ladies are seen striking a pose with false moustache in order to match Salman’s Sultan look. Isn’t it awesome? 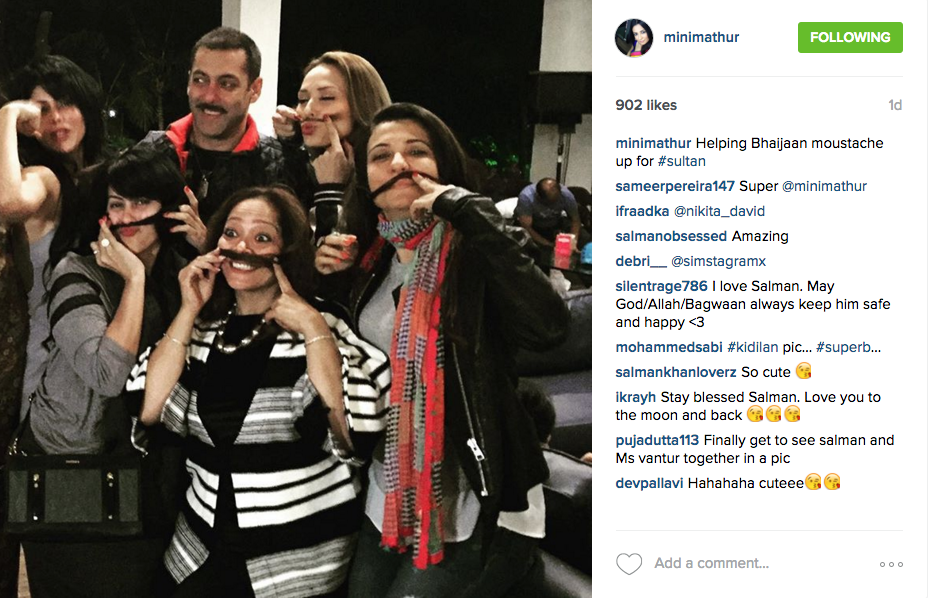