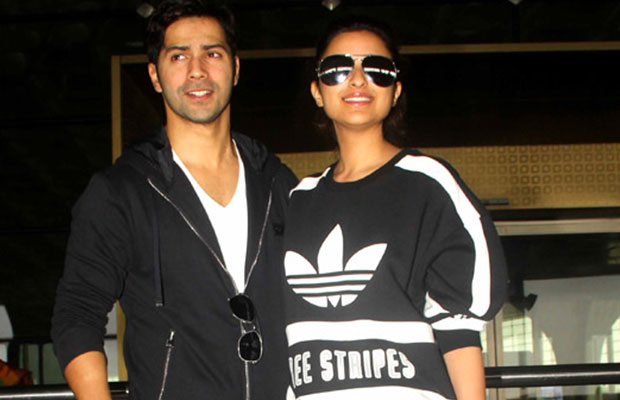 [tps_footer]The sequel of ‘Judwaa’ is already gaining loads of limelight. The blockbuster film which starred Salman Khan in a double role will now star actor Varun Dhawan in the sequel. Varun is already cast in the film and the hunt for the leading lady might soon end too. The sequel will be similar to the prequel with two leading ladies.

Speculations state that Parineeti Chopra will be paired opposite Varun in the film. The two celebs gave a striking proof of their chemistry in the song Jaaneman Aah. The makers have opined that Parineeti and Varun complement each other and hence the Ishaqzaade actress is being considered for the role played by Rambha.

The other leading actress in the film might be Jacqueline Fernandez. The actress is one of the favorites of Sajid Nadiadwala and will also be seen in ‘Judwaa 2′ along with Varun. Reports state that makers wanted young energy filled actresses for the movie and these two starlets fit the bill to the core.

Jacqueline has already been approached for the movie for playing the role of Karisma Kapoor. The Dishoom actress has loved the idea and has almost nodded a yes. Coming to Parineeti, she is yet to give a confirmation because her dates are full with upcoming films.

It is said that the final announcement will be made after both the actresses are given a narration. Until then, the Hasee Toh Phasee actress will also figure out her dates for the film.

Well, if Varun Dhawan, Jacqueline Fernandez, and Parineeti Chopra come together for ‘Judwaa 2′ the film is undoubtedly going to be full of entertainment.