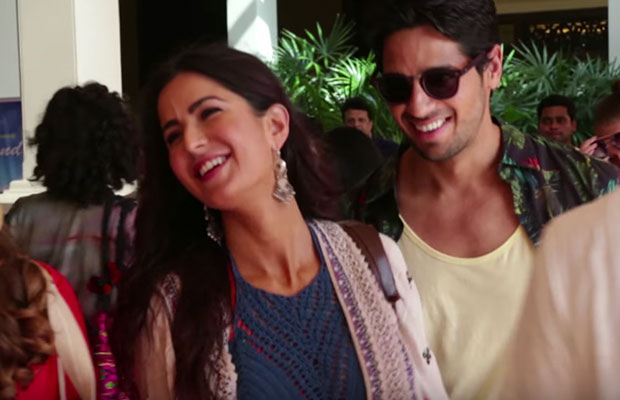 [tps_footer]Sau Aasman is indeed a mellifluous romantic song which will make people fall in love. The romantic number was shot in the beautiful locations of Thailand.

While the song was being shot the cast and crew of Baar Baar Dekho had loads of fun while shooting the song.

The debutante director Nitya Mehra has shot the song beautifully in the picturesque places of Thailand. Nitya made sure the mellifluous song and the beautiful locations are congruent to each other making the song a musical and visual treat for the viewers.

Nitya also ensured that the cinematography of the song is not generic and it has a classical zone to it.

The song was shot at the roads of Patong area, Phranang caves and the beautiful island of Krabi.

The makers had gone into the nitty-gritty’s to make the song memorable. Even the costumes of Katrina Kaif were having a special appeal to them which is going very well with the song.

Katrina’s costume in the song has a gypsy appeal to them with lots of tassels and crochet, & shorts to make her look more beautiful in the song.

Sau Aasman is supposed to be a song of Sidharth and Katrina’s honeymoon in the movie. So the song takes you to witness the beautiful relationship between the couple.

The song is crooned by the popular singers Armaan Malik & Neeti Mohan & the song is composed by ace composer Amaal Malik.

There was certain amount of clairvoyance that Sau Aasman will be another hit song, and it has indeed become a chartbuster, thanks to the romantic chemistry between Sidharth and Katrina, & the soothing music and locations of Thailand.